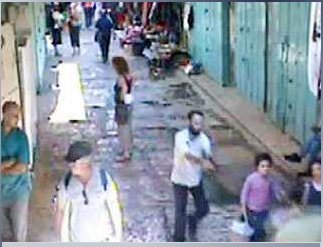 When a “Quiet Boy” is Really a Would-Be Murderer 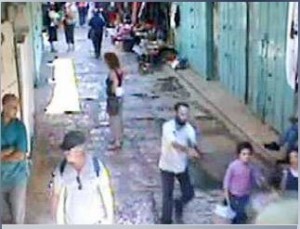 Well-trained guards were able to quickly stop his rampage, leaving Khatib dead and as many as 10 innocent bystanders and the guard wounded. Almost immediatly, Khatib’s family attempted to suggest that it was a plot and that their son was merely a quiet boy who had done no wrong. Even some Arab witnesses, suggested that Khatib had been shot while already laying on the ground and some even suggested that the guards were at fault.
To set the record straight, Israeli police have released closed circuit video footage of the terrorist incident in Jerusalem’s Old City on Friday which clearly shows that the terrorist grabbed a security man’s gun, fired on a security guard from close range, and was not the victim of an execution-style gunshot at close range. 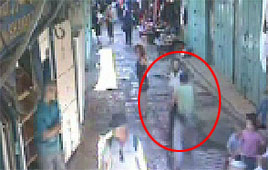 Thus a “quiet boy” was really a cold-blooded killer, perpetrating a premeditated attack against the security guards and anyone else he could reach. Initially, many local and international media cooperated with the family, rather than focusin on the brave security guard whose heroism saved the day.
Thanks to carefully placed cameras that operate 24-hours per day, the record has been straight, the security guards not only exhonerated but honored, and Ahmad Mahmoud Khatib to be remembered for his evil actions.