What can you learn from a shoe? As I stood in the Maidanek death camp recently, I tried to understand, tried to envision, tried to learn about a woman who died more than sixty years ago. I know almost nothing about her, other than the fact that she came to Maidanek and probably never left.

There are hundreds of thousands of shoes at the Maidanek death camp in Poland, all stored behind wire mesh. The shoes are dusty and mangled, most crushed almost beyond recognition.

Our guide quoted the number 800,000, but I don’t really believe it matters 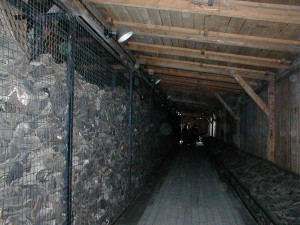 exactly how many there are. When the mind is overwhelmed, it focuses on the little things, in the hope that this will assist the heart in coping with an overload of emotion and pain.

Our guide has been to Poland more than 60 times, and he understood what we had yet to learn. You cannot focus on 800,000 shoes. The mind simply cannot grasp the number. “Find a shoe that tells you a story,” the tour guide advised, and so I did.

In the end, the shoe that spoke to me was a woman’s shoe, with a slight heel. I could not tell the original color of the shoe, perhaps black, perhaps blue. I could only guess at the size, but even there I would most likely be wrong.

What can you learn from a shoe? What was her name, her nationality? Was she from Poland, or did she just die here? Was she killed immediately upon her arrival at Maidanek, or did she survive the initial selection and somehow survive? Was she married? When she came here, was she alone? Had she already lost most of her 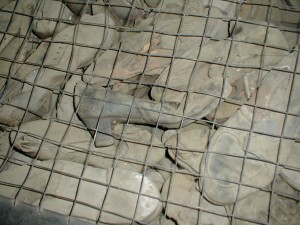 family, or did they die beside her? Did she cling to her mother as she was sent to her death, or did she hold a young child in her arms?

What story can one old, dusty, crushed shoe tell me? I fight to create a life, a story for the shoe and find that I cannot. There is nothing the shoe can tell me. It has no story to tell. It remains a piece of a life, a puzzle that was destroyed, all that is left of a woman who once walked into Maidanek but never walked out.

Right before taking us into the gas chamber, the guide sought to comfort us. He would take us into hell, to the exact spot where thousands died. The same walls, the same floors. Closed in a small room, but unlike those who had come before us, we would walk out. “Remember,” he told us. “We will come out.”

Maidanek is one of the easiest death camps to understand because there is little need to imagine. When the Russian troops swept into Maidanek in July, 1944, the Germans didn’t have time to destroy the evidence, as they did in Auschwitz, Treblinka, and elsewhere. Here the gas chambers remain, with the stained residue of ZyKlon-B gas on the ceiling and walls. Here the crematoria remain, still filled with the ashes of the last victims. Here the ashes remain.

As you walk into the crematoria, you see the table on which the Germans searched the corpses for hidden gold. Even in death, there was no dignity, no respect. You walk into the room with the ovens and through the tears, the horror becomes more real because you understand that it isn’t dust piling inside the ovens, but ashes that remain, even 60 years later, to hint of their anguish.