No matter what you do to a square pin, unless you break it, it will not go through a round hole. It is an accepted concept in physics and yet, in the world of diplomacy, the effort to shove that square pin into a round hole never ends.

Before posting, I’d like to remind everyone it is April 1…

As you probably know, John Kerry has come to Israel. He was aboard his jet flying above Europe and began to dream of a pin… a square pin and suddenly, the perfectly square hole in which he expected to shove the square pin, to the accolades of the world…turned out to be round.

Oh, the drama of it all. Mid-air, amid planes flying left and right, John Kerry rose from his slumber and masterfully grabbed the steering wheel of his jet plane (do planes have steering wheels?) and wrestled the pilot to the ground with his third hand while calling Washington with his fourth.

“Tell Obama I’m flying to Israel to save the pin…I have to do this…” he screamed with a manly voice as he turned the plane to the north.

“You can’t do this. It’s all wrong,” the pilot tried valiantly to explain.

“I can. I have to. No one else can bring peace to the Middle East. Only me!”

“But Israel is to the SOUTH,” yelled the co-pilot swearing to himself that he was going to quit the minute he got back on the ground. “You’re heading NORTH! You wanna be another Malaysia jet????”

So the plane turned and flew in the right direction. Kerry went to the back to take a nap after all that exertion.

He landed in Israel and his first words were, “Bibi, Bibi, Bibi, what is all this nonsense about not releasing prisoners?”

Unfortunately, he said this to the guy responsible for opening the plane door. Fortunately, the man didn’t speak English and just smiled to himself.

“That’s not the Prime Minister of Israel,” whispered one of the other ground personnel.

“Oh,” said Kerry. “Well, whatever, just get me to Jerusalem.”

So he was whisked to Jerusalem, only disrupting 5,000 Israelis trying to live normal lives and use one of the two main highways to Jerusalem – both of which are being worked on at the same time (and what idiot thought that timing up?).

Once in Jerusalem and at Bibi’s office, Kerry said, “Bibi, we have to talk.”

Netanyahu explained that in the last nine months or so, Israel has done all it was supposed to do – it released murderers, it came to the table to talk. Daily in the newspapers the concept of a peace agreement was floated out to the Israeli people. All in preparation for…

And here Bibi stopped and looked at Kerry. Kerry looked at the woman who was vacuuming the hallway carpet.

“But even Abbas said an agreement is impossible,” Bibi reminded him.

“Just talk,” Kerry said dismissively as he wondered what was for dinner. “We can’t abandon 9 months of talks just because we aren’t getting anywhere. We have to try harder.”

“But they haven’t tried at all,” Bibi tried again.

“Oh, that,” Kerry began. “Look, this is a hard time for all of us. Pressure is mounting and we need to push this thing through. We need to just keep going. It doesn’t matter where we are going. What matters is that eventually we’re going to get to the end of the road.”

“But the Palestinians have placed bombs all along the road,” said Bibi. “And those bombs are blowing up in our faces. We’re still getting hit by missiles.”

“Oh, that,” said Kerry. “Don’t they miss most of the time? Is a missile really a missile if it gets shot out of the air before it hits the city?”

“Well, technically, it’s a missile,” said Kerry. “But listen, so long as it misses a school or a hospital, we’re okay and we can keep going.”

“We can keep going?” Bibi asked.

“Yes, we’ve got your back,” said Kerry as he hoped echoing Obama’s words would help.

Bibi looked on and for the thousandth time in his career wondered if just once, just once, he could say what he really thought – that the US didn’t have Israel’s back, but was hiding behind it. Instead, ever the diplomat, he chose to say something else he has rarely said in the past, “No.”

“Yes,” answered Bibi finding wonder in the power of the concept.

Kerry asked to sit down…asked for a bottle of water. He noted the new closing tops and thought that was something he had to try to get them to export to America. Just look how nicely it closes, he thought to himself. 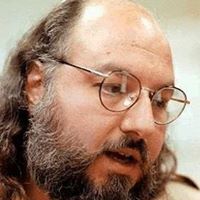 “Look,” he said to Bibi. “We can still pull this together. Let’s float a balloon suggesting that we’ll release Pollard in exchange for Israel continuing with the prisoner release.”

Bibi looked at him. “Will you release Pollard?”

“How the heck should I know?” asked Kerry. “I doubt it. That might make Obama look bad. Besides, America doesn’t release spies.”

“But we should release terrorists and murderers?” Bibi asked.

“Oh, well yeah. I mean, look. It isn’t like these guys pose any threat to Americans so it should be okay.”

“Why not?” asked a rather shocked Kerry.

“Because the government will fall if I keep releasing these terrorists while the Palestinians make us look like fools.”

“No,” said Bibi, beginning to like the sound of that.

Kerry looked like he was about to cry. How could the Israelis do this to him? Did they expect him to go to Abbas and demand progress? This was ridiculous!

“Let’s have dinner and then talk about it in the morning,” Kerry suggested. Maybe if Netanyahu slept on the idea, he’d come to his senses.

And so, the following morning, as Israelis drove to work, the radio announced that Kerry would have one more meeting with Netanyahu. Not wanting to further upset Israelis, Kerry agreed to sneak out of the country mid-day and cut the drama. He would even let his pilot set the plane’s course.

As for Pollard, no, the floated balloon is likely to bust in the air because Obama doesn’t want to lose face. He won’t release a convicted spy who poses no danger to the US and he and Kerry will never see the irony of demanding that we release murderers and terrorists at the same time they refuse to release a man who spied 29 years ago.

As for it being April 1 – given that there is yet one meeting today between Bibi and Kerry, I guess it remains to be sees who the fool will be.