I’ve always said that it is the ironies in life that will bring you (figuratively, of course) down to your knees – either from laughter or from shame. In this case, it is probably both

. George W. Bush, President of the United States, is coming to Israel. As we await his visit, security forces are on alert, expecting, fearing all sorts of trouble from extremists on both sides.

Yes, that’s what fills the news, extremists on both sides are likely to try to embarrass the government (though what possible thing these extremists would do that would embarrass the government more than its own actions is beyond me). Some hypothesize that the danger is so great, these forces of evil might even try to send the world into chaos by attempting to get close to Bush. There is almost no limit to what these extremists may try. 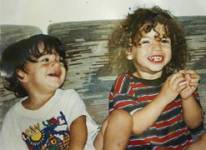 But truthfully, credit must be given to the media. They are able to separate Jewish extremists from Arab extremists and apply likely actions to each. There is great concern that Arab extremists will attempt to set off bombs in buses, send suicide bombers to disrupt the discussions taking place among the leaders. These extremists might even try launching missiles or rockets at Bush’s motorcade, and so roads are being closed, schools letting children out early so they won’t be caught in the expected traffic jams. Large portions of the population will likely change their working and shopping patterns to avoid t 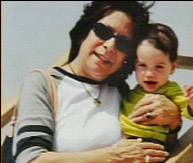 Katyushas have been sent from Lebanon, rock throwing incidents are up. Molotov cocktails are being thrown at passing vehicles and several mortars have landed in the last hour alone. A sense that so much more will be attempted is rampant as we wait to see what will explode, crash into our cities, or open fire on our troops. We aren’t really expecting anything that hasn’t already been done to us in the past and, as always whether these Palestinian extremists will succeed or not depends largely on our security forces.

One miss and dozens could die. One bus, one mall, one café, one rocket attack hitting a vulnerable building. We wait while the police take action. There will be road blocks and added security. Helicopters hovering overhead with expensive tracking and listening devices. Electronic surveillance. Everything and anything to stop the extremists from accomplishing their goal.

Hatuel girls, murdered with their mother – by Arab extremists

And, these extremists, what form of prayer will they use? How will the Arabs know they are praying? If they move their lips in silent prayer, they will be stopped by the police. No, even better. The mere threat that these extremists might try something so extreme as to dare to move their lips while standing on Holy Ground has prompted the Israeli police to take action. Everything and anything to stop the extremists from accomplishing their goal.

Extremists on both sides? The irony amazes me. Though I firmly believe in the power of prayer, I find it hard to say that an explosive device is comparable to moving one’s lips in prayer; that a suicide bomber is no more dangerous than an elderly rabbi who closes his eyes in devotion. Is there no perspective left in this world?

Today, according to Israel’s top security personnel, Jews are not allowed to move their lips on the Temple Mount and Israeli police will be diverted from the dangerous task of searching for suicide bombers, lest some Jew dare such an offense.

Yes, it is enough to make one laugh…or cry