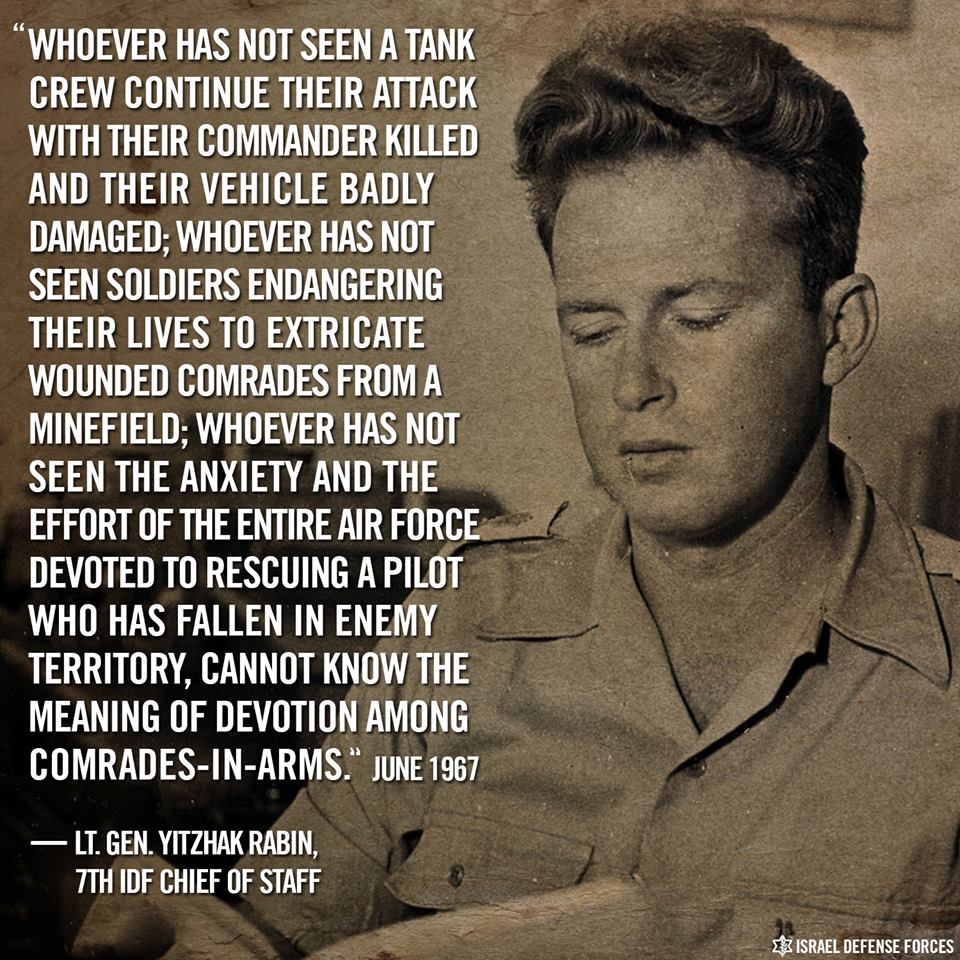 I’ll start by saying I never bought into the sudden great love affair Israelis had/have with Yitzchak Rabin. I think he was a terrible leader, a horrible husband, an absent father. He spearheaded a campaign to alienate and divide Israelis. Rather than stop attacks on a segment of the population, he vilified that population, targeted them…today known as “settlers”…so that the pain of having a settler murdered was considered expected, anticipated.

Having said all of that, I’ll give the man his due on this one occasion and say that these words he spoke were true – then, and now. Despite his politics, he was a general who served his country for many years. He proved, as too many of our generals have proven in the past – that military glory doesn’t always translate into good leadership off the battlefield. But his devotion to his soldiers…that was always clear and these words he spoke deserve to be remembered.

2 Comments on True Words…Israel in a few Sentences