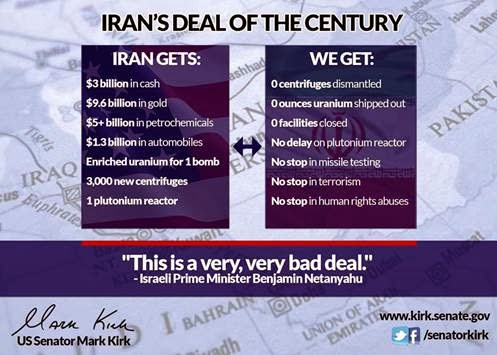 As one Israeli commentator laughed on the radio, telling us that it is premature to protest a deal before it is signed is absurd. Do you expect us to wait until AFTER it is signed? Apparently, Obama did…and now, boy his he angry.

Well no matter. I found this picture on Facebook (credit to Senator Mark Kirk)…it seems to explain the deal pretty well.

“This is a very, very bad deal,” said Bibi in what is likely to be the understatement of the year. 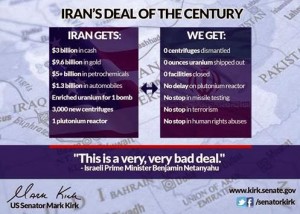