Sometimes when you read a news article, it has the power to stab you right in the heart. I saw the headlines, “Majdanek Museum Employee Charged with Anti-Semitism.” My first problem with this dates back over 10 years, to when I visited both Majdanek (Maidanek) and Auschwitz. These are NOT museums, people, these are/were death camps, concentration camps. These show the worst of humanity, then and now.

They took us to Majdanek first, a short time after we had arrived in Poland. I had already asked the Israeli guides why so much of what we were seeing had not been moved to Israel. The graves that were desecrated…not back then, but now. 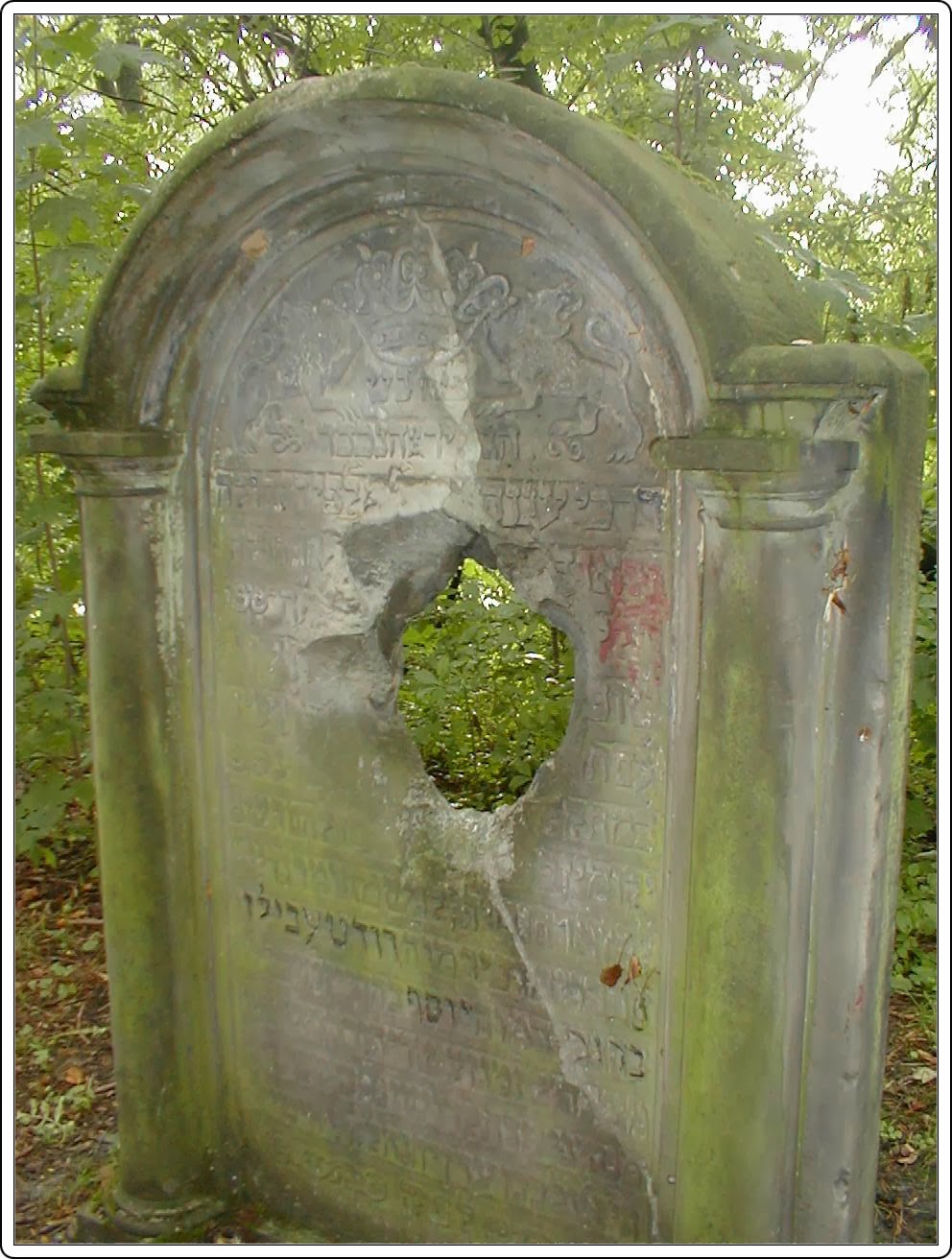 First, before Majdanek, I saw this gravestone and I asked, “why haven’t we moved this cemetery to Israel?” The guides didn’t answer my question, but I left it alone. I was a parent and was supposed to know the answers.

The guides were there for our daughters – it was all about the daughters. I was there to help Amira and other girls; other parents did the same. In one place, the guides came over and said we were in a miserable little village where they hated Jews and were as likely to throw something at the girls as yell at them.

“Walk on the outside,” I was told by the guides and so the parents formed a border and as the girls talked with each other and moved forward, we watched on the sides – this was Poland to me…this, and the shattered gravestones.

And then we got to Majdanek – which is the easiest of concentration camps to understand because unlike the others, Majdanek was abandoned by the Germans – perhaps it was too small and they couldn’t kill enough people fast enough. I don’t remember the reasons – only that it was abandoned whole and remains to this day. Little is left to the imagination. If you want to see a gas chamber…this is where you go.

And as we approached the Har Effer…I realized that I didn’t know what “effer” meant. Har means mountain…effer? I asked Amira – we were walking closer and closer to this spaceship type of building. It took her a moment to think of the English word…”ashes.”

Mountain….Mountain of…Mountain of Ashes? I thought to myself in horror

– no, it couldn’t be. No way – it is symbolic, right? Please God, let it be symbolic…it wasn’t. It isn’t. Once inside the “spaceship” – I faced a mountain of human ashes. And this time, I didn’t ask the Israeli guides why Israel had allowed these remains to stay there in Europe, “if we took it all home,” I said to one of them, “there isn’t enough room in all of Israel, is there?”

He smiled the saddest of smile at the greatest of truths. We could fill the land of Israel with the bones and ashes and gravestones of 6 million and still it wouldn’t be enough. Majdanek remains in my heart – my first experience with a death camp, a gas chamber, crematoria…and the ashes, so many ashes.

According to the article, a man who worked at the camp for 20 years, has been arrested for distributing anti-Semitic posters…and it only gets worse. He used the facilities at Majdanek to print some of them.

Each time I read a story like this one, I find I have nothing to say to the Poles, to Europe in general. Each time, I want to turn to the Jews – there in Poland still, those in France, and even England. Get. Out. Now.

Why. Why. Why. Why do you stay there? How can you live in the shadows of these camps and the people who still live there, still hate you?

In the distance, just behind Majdanek, there are houses. What bothered me when I visited, what bothered me now – were not the old houses. If you love where you live and someone comes and builds a concentration camp next to your home, maybe you could remember a time before…but who in their right mind builds new houses next to a concentration camp? Who buys these homes? Who stands in their backyard, in the shadow of these death camps and makes a barbecue?

I could imagine, then and now, through my tears, the Poles giving directions to their guests, “yeah, go straight, go straight, and hang a left right after the concentration camp.”

Or maybe, really…never mind. Poland is not the home of the Jews anymore. Let them do what they want. Butcher us, kill us once – shame on you. If we allow this to go on, shame on us.

Jews of Poland…Get. Out. Now.