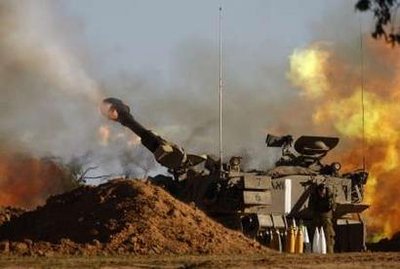 Towards the end of the war, more than 5 weeks after Elie had last been home, everyone knew the war was winding down, or at least we hoped it was. To give the soldiers a break, a few at a time, they were allowed to take a 24 break, go home, see their families, sleep in a normal bed, take a warm shower. 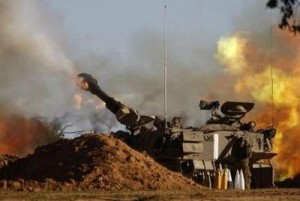 Elie could have come home, but he was holding out because he wanted to make sure that if the war didn’t end before his younger brother’s bar mitzvah, he’d ask for the 24-hour break then. So, he got a call from his commanding officer telling him something that was very disturbing.One of his soldiers had gone home and in his spare few minutes, had uploaded to Facebook some pictures from the war.

Elie called the soldier and asked him if he had done it and ordered him to take them down. The soldier explained he was already on the way back to join his unit. Elie told him to turn around, go back home and get those pictures off now! And so the soldier did. There are things you don’t put on Facebook (the above picture appeared elsewhere and, in any event, Elie assured me later that after the war and the cannons had been moved, it wasn’t nearly as serious).

So yesterday, Davidi came home to give me an update. He received papers from the army ordering him to report to join the army – mere days after he finishes high school. Stomach dropping number one.

“I’ll take care of it,” Davidi assured me quickly. He plans to study and prepare – as his brothers did. It is better for him – and for the army. Then he told me his scores in the testing that was done. He did well and based on those numbers, may well get his wish to be a paramedic.

And then, being the kid he still is, this morning he posted his scores and details to Facebook. Elie called me and said, “Davidi is an idiot!”

“No,” I answered. And as Elie explained, my stomach dropped again, filled with this horrible worry.

“I tried calling him but it went to voice mail,” he told me. “Do you know his password?”

“Wait, he’s calling me back,” Elie said, and disconnected.

A few minutes later he called me back and asked me to check Davidi’s Facebook page (I did and he’s removed the post…thanks, sweetie).

“No,” Elie answered, “not really. Just not smart.”

Okay, I tell my insides, settle down. And I will.

Facebook is an addiction, or it can be. It lets you reach out and share so much, so fast. I teach people how to use social media tools – Facebook, LinkedIn, Twitter, etc. and I warn them – be careful what you post. I am friends with each of my children on Facebook – at my insistence, though at least three really don’t need me to be anymore and are too old for me to control.

I’ll talk to Davidi again; I’ll thank Elie again. Where Davidi will go in the army, what he’ll do there – no one knows yet, not even the army. He’s just beginning the path. I’ll wonder with him, as I did with Elie and Shmulik, whether the army will find within him all of the amazing qualities I already see in him.

And I’ll force myself to remember that what Elie has learned in the army and in the years since, Davidi still needs to learn. No, despite what Elie said, we all know Davidi is not an idiot – his test scores proved that. What he is, still, is young. As he did today, I know Elie will watch out for him, watch over him. That settles my stomach a bit and reminds me how much I love my children … all of them, each of them.

May God bless my children this beautiful, rainy day and keep them safe.