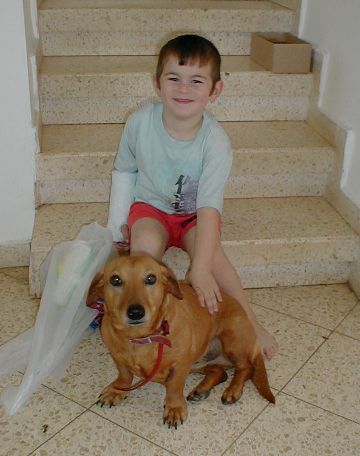 January 13th is looming larger and larger and as it comes closer, I know it is silly for it to make my stomach sink. It’s the first time Davidi will “meet” the army and the first time the army will “meet” him. It’s just days before his birthday, days before he will turn 17 and come so much closer to that bridge of manhood. He’s already stepped up to meet it in so many ways while turning from it in others.

He’s got the most incredible blue eyes…yes, the same as Elie’s. While Elie’s blue eyes were a shock to us (my husband and I have brown, even dark brown eyes; my parents and his – all brown; our siblings – all brown; uncles and aunts for the most part – all brown). Those who have/had blue eyes count in the single digits, generations ago. By all that is genetics, Elie should not have had blue eyes.

Davidi’s blue eyes were my comfort. God’s gentle message to me that I was an idiot; that genetics rules above what a mother thinks should be and that of course, Elie was completely ours. If it took God giving me a SECOND son with blue eyes, that is what He gave me. Davidi was my proof that Elie was not switched, that he was ours. I had already decided he was ours and that I never wanted to know. I could love him with all my heart – mine or not. Davidi was God’s laughter – you silly woman, of course he is yours.

And Yaakov and Chaim were God’s laughter again – remember how you wondered? Here there is no question – they aren’t yours and still you love them. Humans are so silly, God tells me, love truly doesn’t care about the details of blood and birth. But Davidi was the first messenger; the blue eyes a sign to release any concerns I still had deep inside me.

Like Elie’s room before he went to the army (and yes, even during that time), David’s room is a mess and all attempts to get him to clean it are temporary and half-hearted. He’s beautiful, this third son of mine. Not that the other two aren’t amazing, because they are, but Davidi has only recently come into his height and strength and there are hints of the man he will be some day. I like him. Oh, I love him, don’t get me wrong, but I like him too.

This weekend, I drove to pick up my parents and bring them to our house for Shabbat and the last days of Chanukah. And then, Saturday night after candlelighting, I drove them back. Davidi came with me in both directions – an hour each way. Four hours with him – I like him.

When he got the Tzav Rishon, about two months ago, I felt like someone had punched me in the stomach. I sat down – I’m not ready for this. He’s 16 years old. No, you can’t have him. I can’t do this again. Big talker, me. Soldier’s mother, ha! I can’t. Please, he’s just a baby.

No, he’s not, I am telling myself. He’s not a baby. He is the tallest in the family. He could probably be the strongest if he had the training that Elie and Shmulik have; and the dedication to care for his body.

My amazing son-in-law tried this weekend to explain that the Tzav Rishon is nothing. They give you some tests, ask if you want to be in combat. They test your math abilities and Hebrew and whatever else they feel is important on the road towards picking the unit in which you will serve. They want the unit and the man to match and so the process begins.

And they know that a motivated soldier will work harder and so they ask about preferences and determine whether the physical body matches the mental and emotional preferences.

I want him to go into Artillery – but no one will ask me. He wants to be a medic. I don’t want that. Do you know where medics go? I didn’t when Elie went in and when I explained to a bunch of my colleagues (all current/former soldiers and Reservists) that I was nervous about Elie going into combat. I told them I was happy that he was thinking of being a medic and they looked at each other with this strange look. Moments later, I realized they were trying to figure out which one should tell me. Finally, one said, “you do know that medics are combat soldiers, right?”

No, of course I didn’t know that! I thought…I thought…well, don’t they bring the wounded soldiers to the medics way way way in the back? The indulgent smiles might have annoyed me if I wasn’t still holding on to some desperate thread. But no, I can’t even hide behind ignorance anymore.

I don’t want him to be a medic. I want him in Artillery. They stay behind. Ohr told me so (The Uniform and the Visit) and I believed him (Between the Lines). I now know that what Ohr told me, and much of what Elie told me, isn’t true; that soldiers tell their mothers what they need to hear. But I’m hanging on to the hope they’ll put him in Artillery, that if he chooses to be a medic, the worst injury he will treat is someone who gets a splinter or a blister.

I remember starting this blog six weeks before Elie went into the army; I am still years away from David going in. He’s got to finish 11th grade first; and then 12th. As Elie and Shmulik did, I hope he’ll take a year to study and strengthen himself before going in…I’ve got time to worry, time to accept that the roller coaster is waiting for me to get on.

Then again, if I learned anything this last month or so, it is that once your son is a soldier, you never really get off that darned roller coaster. The most you can hope for is finding a way to have your stomach get used to falling without warning.

I can still hear ringing in my head the sound I made over the phone when Lauren called to tell me that she and Elie were returning home; that Elie had been called to the army. It was so much worse than the sound I made when I realized that thick envelope from the army was for David – his first order to appear, his Tzav Rishon.

But it’s like the army created a brand new roller coaster and put it on the rails. It’s waiting at the station for me, shiny and new. It’s promising me a new and different path than Elie’s roller coaster or Shmulik’s. And silly army, they think I am happy to see it there waiting in the station. 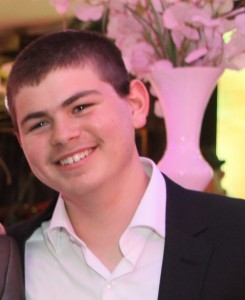 But the army has the last laugh – because it never seems to be the same roller coaster. Yaakov finished as Elie was beginning. Then Elie finished the same week Shmulik began and the transition from worrying about Elie to worrying about Shmulik was so smooth, with the added measure of Chaim going in just at the same time that I never realized something that comes to me now.

The army switched the roller coasters on me and I didn’t even know. All along, I thought I was on the same one…but I wasn’t. Each son has their own and now the army is telling me to get on another one. How many roller coasters can a mother handle? How many ways can your stomach fall?

I guess I’ll find out because the Tzav Rishon isn’t, apparently, only for the son. It’s for the mother too…get ready to board, get ready.

And they do it now because he’s only 16, soon to be 17 and I know that even though they are telling me to get ready, he’s not going anywhere so soon. It’s a slow process that lets you adapt – let’s the boy adapt. Here’s the idea – you are going to be a soldier; your son is going into the army. 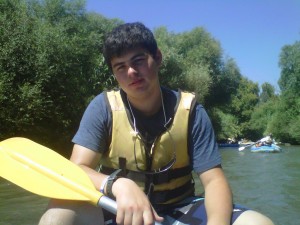 Just an idea – let it sit in your mind, your stomach for a few months.

Then the first visit – just a day, really, just tests and things and then he’s home and no more army for more months after that. And then another and another until…until…until the night before and then induction day and then the knowledge that once again, my son, my baby will be a soldier.