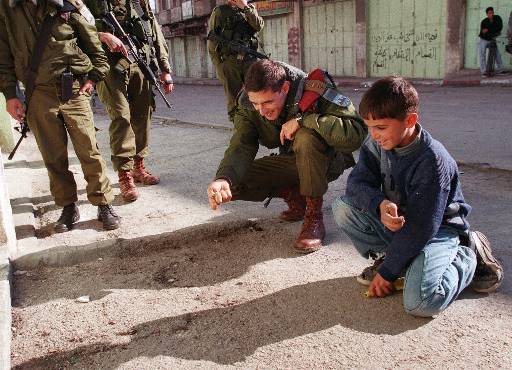 It is said that a picture speaks a thousand words. What that often means is that the emotions and message of a single picture can often counteract the message received by even a thousand words. I thought of that saying recently when someone sent me the following pictures. The image of Israeli soldiers is one that brings anger and hatred around the world…even when they aren’t even responsible…and the real pictures of Israelis soldiers rarely get med

ia attention. Day in and day out, all they do is stand around and guard, defend against the possibility that someone may try to attack the place they are charged with defending.

Serving in the army in Israel is often a long and boring process, but this too is accepted as part of life in Israel. But there is another side to the Israeli soldier – the side that tries to reach out to “others” – not just to those whom they defend, but those who often associate and align themselves with the people against whom our soldiers are forced, too often, to take action. 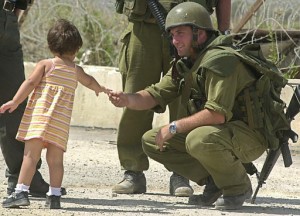 Our soldiers have mere seconds to decide if the person approaching their checkpoint is friend or foe, someone simply seeking entrance to Israel for innocent reasons, or someone bent on murder and destruction. In those seconds, it takes all their training to decide, let them pass or stop and check them further. 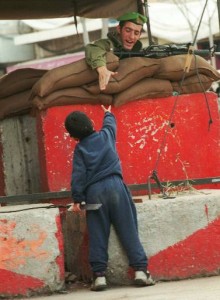 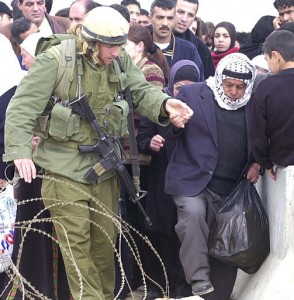