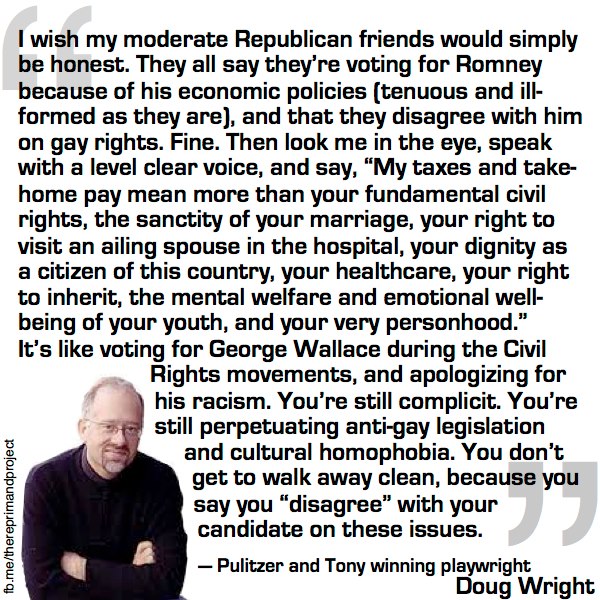 A friend posted this to Facebook – why she is voting for Obama and a wish for her moderate Republican friends…and below, I post my response, my wish for my Democrat friends and those misguided enough to vote for Obama (even without the issue of what he did and did not do in Libya):

The lives of my sons and daughters, my neighbors and friends, mean more to me than some imagined attack that Romney may or may not make on gay marriage; some imagined attack he may or may not make on Roe vs. Wade. If Romney is all you fear, in four years, you can vote him out. Their lives mean more to me than if in Romney’s administration women continue not to receive equal pay for equal work – just as they currently do not receive it in Obama’s administration.

Four years from now, you can overturn all that Romney may or may not do. You can’t return the lives of my sons. You can’t recreate the Israel destroyed by Obama’s policies. If you vote for Obama – you are still complicit in all actions against Israel and Jerusalem he will take. You are still perpetuating his anti-Israel legislation and cultural anti-Semitism.

If Israel is overturned – the lives of another six million Jews can be obliterated – this time, in seconds rather than years. Your vote will make a difference and if missiles rain down on Israel – each one will be with your hand. You don’t get to walk away clean because you say you “disagree” with your candidate Obama on these issues.