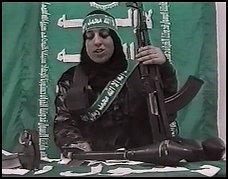 When my first child was a little over 3 years old, and my second child was 18 months old, I took a job. The first day on the job was heart-wrenching and I returned home in tears, not sure I could force myself to leave them the next day. I hated being away from my children, though I loved the job. It was everything I had trained to be and wanted to do, but the cost was unbearable.

I told my boss the next day that I wasn’t sure I could continue and he smiled the benevolent smile of a father who understood but was wise enough to know that there was a way to find a balance in life. We agreed to give it a week or so and ultimately, I was able to last a full year before I returned to being an at-home mother.

In the years that followed, I managed to return to work during the hours they were in school and when I moved to Israel, I first found a job working mornings until I was able to start a small home business that has grown into a large technical writing company, still largely run from home.

Last week, I had another round of working at a client’s site and was there when news broke of a terrorist attack at the Erez checkpoint. Within a short while, we learned that four Israelis were dead, another 10 injured. Then it became clear it was a female suicide bomber. She was the first female suicide bomber Hamas has sent. Though this was something new for Hamas, this was nothing new for Israelis. Twenty-one year old Reem al-Rayishi was the seventh female bomber to decide she’d like to kill herself and as many Israelis as she could.

What makes this incident so disturbing from the Israeli side is obvious. Yet again, Israelis paid the price for taking the more humane route. Rather than embarrass this young Palestinian woman by searching her in public, or rejecting her attempt to enter Israel because she’d set off a metal detector, Israelis escorted her into a private room, giving her the opportunity to corner her victims in a small, enclosed area and inflict greater harm.

What makes this incident so disturbing from the point of view of a mother, is the absolute lack of maternal instincts this woman displayed. When I heard the ages of her two small children, I thought back to the time when I had two small children of my own and realized the age difference was the same. I too had a three year old and an 18 month old when I left them the first time. To this day, some fifteen years later, I still remember how I felt, how I cried that first day and told my husband that I wasn’t sure I could go to work the next day and leave them again. The thought of being separated from them for a full day was agony for me, yet Reem went off and voluntarily separated herself from her children permanently.

Some suggest her husband encouraged her, having tired of having her as a wife. Some reports suggest she hoped he would forbid her, and was surprised to find he encouraged her to kill herself. Regardless of the state of her marriage, one must question the humanity of a woman who would prefer to murder her enemy, than live with her own children. What sickness lived in her heart, what hatred, what evil!

I have always believed that mothers inherently love their children and only the most disturbed, distressed, or pathetic of women can bear a child and yet not love it and want what is best for them. There are mothers who cannot afford to keep their children, are too young or involved with activities that preclude their maternal instincts from developing, but I would assume that most of these women would sooner give their children to strangers than simply abandon them. Even giving a child up is preferable to what this young Palestinian woman did. She simply abandoned her children to the hatred that drove her to murder.

In my society, we value our children. We cherish them, love them, teach them. We guide them and nurture them. We teach them to choose life. In the best of cases, we try to act as role models through their lives. In Reem’s society women are repressed and veiled, yet I had always assumed that what united us as women and mothers was stronger than what divided us as Palestinians and Israelis.

The Arab mothers I have met were equally devoted to their children as I believe I am devoted to mine. They worry about their education, their clothes, the food they eat and their safety. Despite the cultural differences, I would have assumed that a mother’s love was universal and transcends all other emotions.

In the last 3 years, my country has become very familiar with the mentality of the suicide bomber. The young men who “normally” do this are often incited to violence with the promise of martyrdom, 72 virgins waiting for them in heaven, and glory. In that sense, I would assume a female suicide bomber would be equally brainwashed, equally fervent in her hatred of the enemy and blind to the inhumanity she has committed.

But somehow, without realizing it would be the case, I find that I would have expected more from a mother. Giving birth is a very “grounding” experience. In the instant that a woman physically gives birth, there is a change in her life. It may have been nine months in the making, but that second in which the child exits her body and enters her arms changes everything.

The world is a different color, her life not her own anymore. It is difficult to explain, but impossible to deny. Nothing is the same once you give birth. Why Reem chose to become a suicide bomber does not interest me. She explained it herself in her suicide video when she said, “It was always my wish to turn my body into deadly shrapnel against the Zionists and to knock on the doors of heaven with the skulls of Zionists.” It is the culture in which she is raised, the incitement, the education she received.

But at the end of the day, I wonder why she bothered having children – to now destroy their lives as she has destroyed the lives and families of those she murdered?

Golda Meir once said that there would be peace in the Middle East as soon as the Arabs love their children as much as they hate ours. There is no clearer proof that she was right than the actions of Reem al-Rayishi, who hated her enemies more than she loved her children, who chose to murder rather than nurture and taught her children to choose death.