A few months ago, Elie went with my husband to try to work out our ongoing, agonizing story with the cellular phone company, Orange, in Israel. It’s been an agonizing 10 months dealing with incompetence, lies, even fraud (and before they come after us, we have proof they forged my signature, at least). My husband has handled the brunt of this; Elie a close second.

As I do when I’m upset, I write…and so I created a blog called “Cellular Agony” as I thought it appropriate to what they have put us through (http://www.cellularagony.wordpress.com). During one incident with Orange, my husband and Elie went to the service center to try, yet again, to have them explain the bills. This is what the Jerusalem Business manager had told them to do. When they did it, the service center took a look at the situation and told them they wouldn’t be able to explain anything. When my husband tried to explain that they had taken time off work, as instructed, the person got nasty and threatened to call the police if they didn’t leave.

The person then said he was going to go into our personal file – which is illegal, and use that information. Elie and my husband agreed that they might as well call the police because they were certainly not doing anything wrong by asking for service. The police came, heard what Elie and his father had to say…and recommended that we file criminal fraud charges against Orange. This is likely in the process but in the meantime, today my daughter’s phone was broken and our local Orange desk suggested that Elie take the phone into another Orange service center to get it fixed. 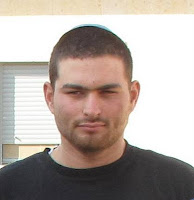 Elie told them what happened and then called me. I wasn’t happy. Elie was insisting that he would not let them harass him; that he had learned how to take care of himself. The last time, the man stood up and approached Elie in a threatening manner. Elie stared him down (the man was significantly shorter, older, weaker).

“I know how to defend myself,” Elie told me. I was very nervous. I didn’t want anything to happen. I begged him to stay calm and to that he responded, “Ima, I’m calm; I just look dangerous.”

He went and dropped off the phone; we’ll probably have to pay something to get it fixed because Orange’s idea of insurance is rather absurd, but at least nothing happened and all went well. 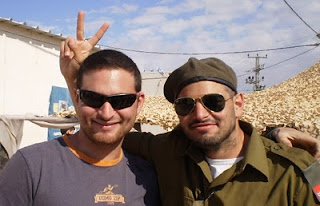 Of course, there’s always a picture like this that blows that concept away…