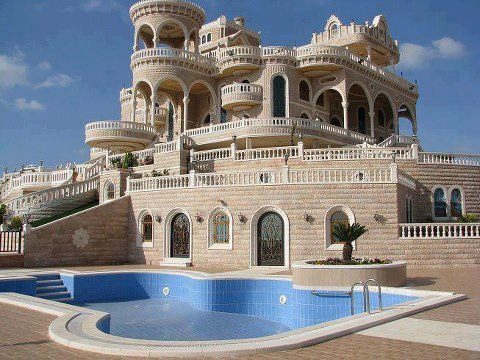 I met an Arab contractor from Hevron many years ago. We were considering having him build our home. He invited us to his home in Hevron but since it’s illegal for me to go there, not to mention potentially dangerous, I never managed that visit.

We got in a discussion one time about cultures and soon realized we were speaking different languages. He was trying to explain about his family and why it was really so much better than my culture. You see, he has two wives. One is this beautiful young Russian woman who was in her very early 20s at the time. The second one was an Arab woman, “the pathetic one” he called her. She was 46 at the time (and so was I). She had borne him his children and was still his wife but he had taken another – the young one.

He had built them a beautiful home, he told me and kept them both there – the beautiful one and the pathetic one. And, to show you how amazing Islamic law was, he told me, he was very fair. Each night, in succession, he visited each woman. One night here, one night there. I was to commend him, you see because if he wasn’t such an amazing person, he would likely have been unfair and spent more time with the beautiful one.

I didn’t handle it very well. I wasn’t duly impressed. I told him that if I were his wife, I would show him the door and tell him to get out. He thought that was ridiculous. He pointed to my husband and asked if I thought it was better that my husband would sneak off and find another woman instead of being honest and bringing her home as he had. My husband was a wise man. He sat there with a smile on his face, knowing I could and would have what to say.

I smiled back and turned to Daoud and said, if my husband wanted to go to a woman in Tel Aviv, he knows he can go…he just can’t come back. Daoud didn’t believe me – luckily and happily, my husband does.

In many ways, Daoud crosses cultural lines. He is completely fluent in Hebrew and knows many, many Israelis. He lives a good life, even a rich one. I don’t know if this is his house, but I thought of him when someone posted this picture to Facebook. It is an Arab house in Hevron. Daoud told me he had experience building pools and that his house was very large – so that the young wife and the pathetic one had plenty of space.

And I remembered a discussion I once had with someone from the States. He accused us of persecuting the Palestinians, keeping them without electricity and indoor plumbing. He somehow believed that Arabs still ride camels and live in tents.

There are hundreds of homes like this one in Arab areas, perhaps even thousands. Some are in the Bedouin city of Rahat in the desert; others in Ramallah and even in Gaza. If this is how the poor Palestinians are living, I can only wish some day God grants me such poverty.

3 Comments on Daoud? Is this yours?