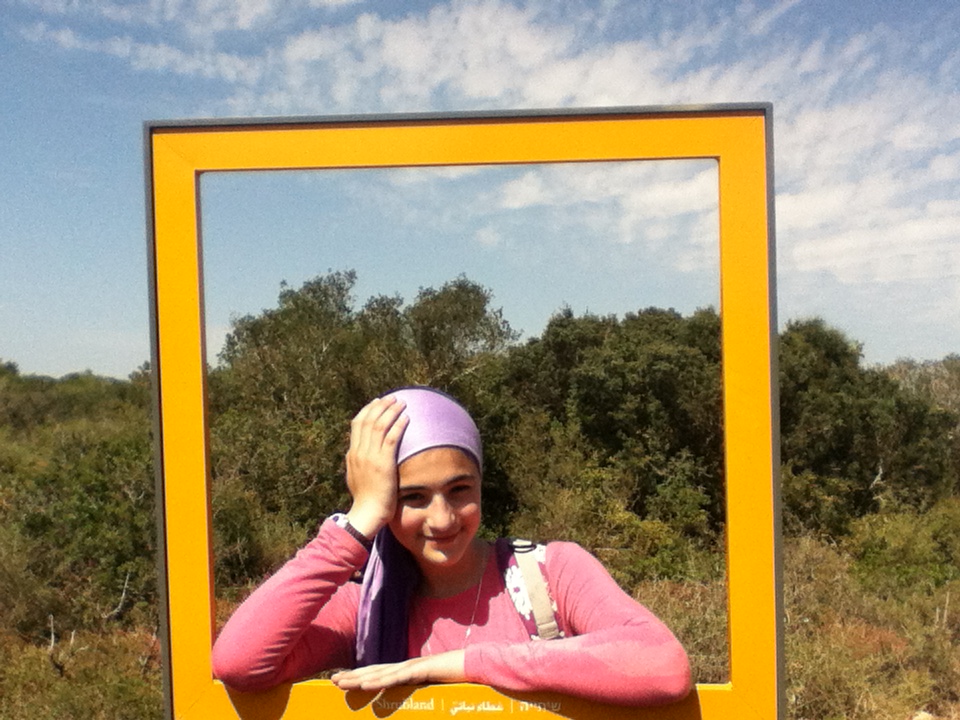 Aliza had a school trip these past two days. It’s an Israeli thing – something I have always loved. They…we…take our children to the land; to see the amazing places, sites, views. This year, they took them on an overnight trip to Haifa. She came back dirty, exhausted, starving. She showed me the pictures she took – the coast of Haifa and the mountains, the flowers… 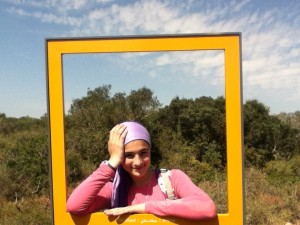 The first thing she wanted – after food – was to show me the pictures. She was so excited. She and her friends posed for each other – and, “I can totally see you in me,” she said.

It’s strange to hear a child say that – that she can see me in the pictures of her. Listening, not just to what she said, but the order in which she said them, convinced me yet again that the mind of a 13 year old is a most amazing thing. 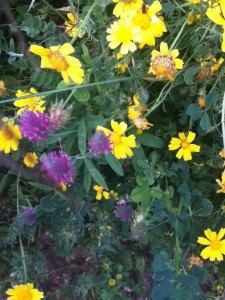 She started with what was special to her – but, as you’ll see – pretty much the opposite of how a parent would rank the events of the trip. To her, it was about what she saw, what she did. To me, it became more of a national identity, more of an example of the politics that can affect our lives in the strangest of ways.

Yesterday, I had a normal business day – telephone calls from/with clients, two potential new projects, firming up plans to speak at a conference in England in June (wow…okay, that’s not normal for me), two meetings, and then shopping.

Somewhere late in the day, I heard about the drone from Lebanon being shot down. It was all background noise. Shabbat is coming and I’m making the unusual dairy Shabbat – a completely different menu than usual. I needed to buy several things and a part of my brain was focused on making the list.

Aliza came home well into the night, anxious to talk, to tell me about the last two days of her life. Her trip unfolded before me in a combination of complaint and wonder. She enjoyed the beach; hated where they slept. She liked the flowers; hated the food. She slept in a tent and she was FREEZING. And the food, back to the food.

“It was disgusting. There were ants in the bread,” she told me.

To which, her 17 year old brother responded, “That’s good, we had cockroaches.” (…which I sincerely hope is not true). 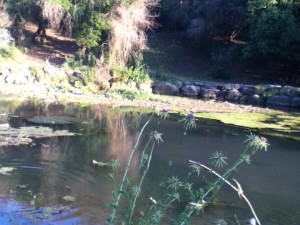 She began by telling me that the girls were given the choice of two hikes – either the “easy” one or the “hard” one. Those that took the hard one were rewarded with ices. Those that took the easy one, got to enjoy time on the beach. Aliza chose the beach (if you have time, see A Candle and a Wave).

And as she was talking, it hit – hours ago. Mid-afternoon, she was on the beach. Near Haifa…where the Israeli air force shot down a drone that they believe was launched from Lebanon, probably intending to spy on Israel or, perhaps, worse. 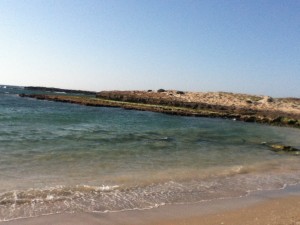 Prime Minister Bibi Netanyahu’s helicopter was flying north when the drone was identified. The first thing the air force did as it scrambled jets to intercept the drone was to order the prime minister’s helicopter out of the skies above Israel.

And while they were doing this – my daughter was not far. It clicked as she was talking about the beach – and when it was happening, in those moments when the Israel jets were flying and my daughter was there below…I had no clue, no warning, nothing. 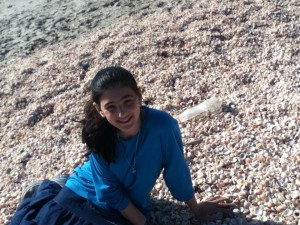 Her mind had moved on to the next part of her trip…mine tripped behind. “Did you hear planes?” I asked her.

She went back to the story of the beach, how clean and beautiful it was, how nice the water felt. She was amazed by the number of shells she found on the shore and complained that they were told that the shells were part of nature and protected. 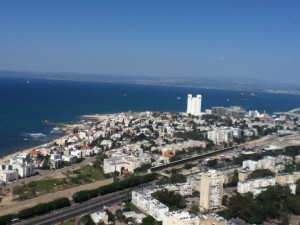 They could take rocks and pieces of broken glass that had been smoothed over time by the sand, but they could not take any shells.

She sat on thousands, perhaps hundreds of thousands of shells as her friends took a picture and she told me about the magnificent view from the upper hills of Haifa. 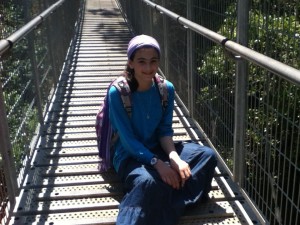 And she told me about how she walked across a bridge and how it was so scary – another picture there as well.

And then, she told me about how an Arab driver had thrown rocks at the girls and how one was hit – or her friend said she was hit. And how the girl was crying on the phone when she spoke to her parents.

“Where was your guard?” I asked her – trying to get the story without showing her that I was getting more and more upset.

“He wasn’t a guard,” she answered, “he was a madrich (counselor)” – which is fine – he was armed. On with the story, my heart begged her.

“What good does it do if he was only in the back?” I asked her. Dumb, I thought to myself – WHY am I asking a 13-year-old where the guard should be?

“There were two of them but only the one in the back had a gun, but they stopped the driver and they were talking to him.”

“Why didn’t they call the police?” I asked her. I have to tell you, getting the story from a 13 year old can be very frustrating.

From what I gather – the guards detained the Arab who had thrown the rocks but while they waited for the police, the driver left. The guards didn’t pull their guns and threaten – but then again, they were surrounded by about 60 young girls who kept coming over to their crying friend to ask if she was okay. So, all in all, their not pulling out their guns was probably a good thing. There’s no way of knowing what the Arab had done and it probably ended for the best. Though scared, Aliza’s classmate was not hurt – and yes, what about the next time? I don’t have an answer for that one.

The police did come and speak to the girls – no idea how the story ended other than that everyone is fine; Aliza is home safe, tired, dirty (taking a shower now) and looking forward to a LONG night of sleep.

It’s a funny thing to send your child on a school trip – what can happen right? You worry about them being cold or hungry. You worry about them not sleeping enough or perhaps falling during the hiking. Scrambled air force jets shooting down a drone; an Arab attacking them with rocks…

Well, on the bright side, Shabbat is coming…

4 Comments on What can happen on a school trip?