Is about the heat. It’s very hot here; tomorrow will be hotter; the day after, hotter still. It’s funny listening to the weather report – it’s pretty much – tomorrow will be the same as today; tomorrow will be even hotter. Or, sometimes, slightly cooler, which means it will be kind of really hot, rather than unbearably hot.

We had a nice weekend – mostly. Elie came over but kept teasing Aliza. She was getting upset; we all wanted him to stop. And then she giggled and I knew we were defeated. Discussions continued and then Elie reached over and took something from Aliza and she got upset again. He tried teasing her; she got upset. And so it went for much of the evening and lunch the next day. 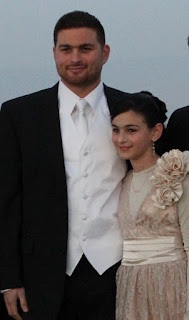 At some point, I realized what was happening. Aliza is 12 years old. She’s right there on the brink of the young woman she wants to be. She’s grown so much taller. She’s slim and grace. She’s an aunt now; no longer the baby of the family – that has gone to our grandson. She doesn’t seek the attention, but rather gives it to her nephew as he toddles around the house for the first time. She is there to catch him, to coax him to stand and run to her. She adores him…as Elie adored her when she was small and easy to play with. She loves lifting him, playing with him and making him laugh – all that Elie once did with her.

And Elie wants her to be his little sister – the 7-year-old who flung herself in the air knowing her strong brother would catch her; the child who came running when she heard he was near. He doesn’t know how to relate to this swan of ours, the gentle young woman she wants to be. He pulls her back to what she was and she doesn’t like it. She wants to be the aunt, the big one. And then, she forgets herself and falls back and they play and then she remembers and is upset. Each time I look at her, I see the child so much less; her eyes so much more aware of the world. We were in the car a short time after the bus bombing in Bulgaria. I turned on the radio to listen and looked into the mirror to see Aliza’s eyes watching me with sadness. Someone will treat her badly and instead of anger, there will be understanding – an adult’s heart…or at least a young woman.

I remember looking at Elie when he was 19, knowing he was on the brink of what he would some day be. It seems to have happened so much earlier with Aliza. She is still young, please understand, but for the first time, we understand that time is flying. As Elie rushed to be the man he now is; Aliza is rushing too. There was no one pulling Elie back – I knew the army would take him forward and he needed to go. It’s funny to see Elie coaxing Aliza to be silly, to wrestle with him and try to turn the clock back. He swats at her, takes her cup, drinks her juice, steals her piece of bread when there is plenty on the table. It’s all about making her the little sister to his being the big brother.

Finally, after Shabbat had ended, I sat with Elie and tried to explain – “she isn’t 7 years old anymore,” I told him. “You have to let her grow up. You have to see who she is now.”

He answered that he knows; that he understands, that he’ll try. There were times when he was in the army that I would think he was lonely, or that there was something in him that I felt I understood. Sometimes, after the thought came to my head, I wondered if I was imagining it, if I was projecting my thoughts rather than reading his feelings. I don’t know if that was happening but it almost felt as if he was sad.

I don’t think he wants her to grow up because growing up means growing away a bit. She won’t depend on him to be the strong one, to lift her in the air and make everything right. His coming home won’t be a special gift for her and anyway, she has her friends, her things to do, her places to go. She’s 12, you see…12 on the brink of tomorrow.

He’s 25 years old. He’s married. He doesn’t live at home but with his wife. Lauren and Elie are building what their future will be and yet, he’s not quite ready to recognize that in the years that he grew from 19 to just 25, Aliza went from just 7 to 12. It’s almost as if she broke some unwritten agreement to always be small.

What does this have to do with summer in Israel? I guess things slow down and you have time to think. Another school year has ended; so much has happened to our family in the last few years. Three children have gotten married; two have gone into and come out of the army. David now towers over all of us and little Aliza has turned out to be not so little.

It isn’t easy being an older brother. In some ways, it’s even harder than being the baby sister.