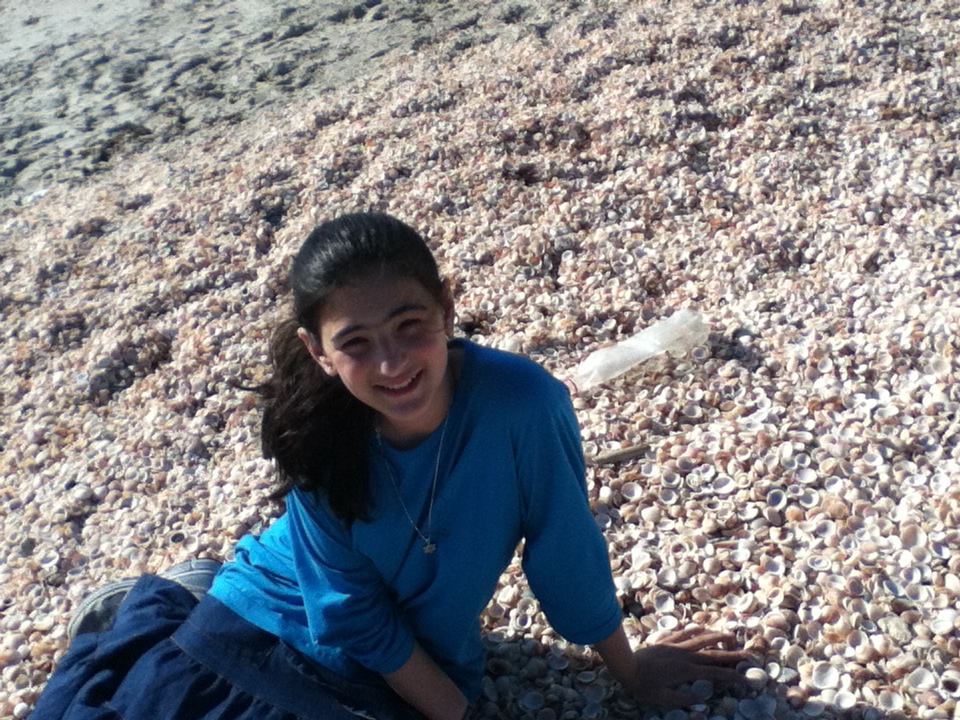 Sometimes, at the worst of times, the thing you have to concentrate on, is the best of times. Sometimes, when there is a funeral, a painful, horrible, agonizing funeral of someone who should not be dead but alive and enjoying her summer freedom…you have to remember life.

Yesterday was an agonizing day in Israel. Unbearably hot from a regional heat wave that has sent temperatures soaring well over 100 degrees (well over 40 degrees Celsius and even into the 50s and 60s in some areas). And unbearably sad because Israel spent much of yesterday and the last few days focusing on negativity.

Throughout the day, people spoke of two horrible events, attacks on our society as much as on the individuals who suffered. Terror attacks. Yes, terror for people who went to a parade on a summer day in Jerusalem, never believing violence would erupt before their eyes. Terror for a family in their home, when masked men brought fire and death to a baby. Some quibbled over who was responsible; others wasted time arguing over how to label these things – arson attack or terror attack or hate crime, all of the above or some.

At some point, after we heard that young Shira Banki had died, the anger that many were feeling simply deflated. What is left to say when in the end, a 16 year old is dead? I spent much of the hours that followed this announcement trying not to think of one simple thing.

My baby is 15.5…even a bit more. She is grace and beauty; she is a teenager. She is a girl and almost a woman. She’s all about her hair and her friends. She makes me tea sometimes and plops on my bed when she has nothing to do. We talk…we play games together. We are very close; closer than many mothers and daughters.

She tells me about things…I tell her about things…we’ll go out to breakfast, I’ll force her to wear boots or a sweater. She’ll come home late and I’ll give her a hard time. She’ll tell me she’s starving and ask me to make her food, or she’s late and ask me to drive her somewhere. She’ll send me messages that she loves me and hearts and smiles and flowers…

With the thought of how Shira’s mother would cope without her, I broke last night. Don’t ask why Shira was there at the parade. It really, really doesn’t matter. I have deleted a dozen comments on Facebook; could easily have deleted another dozen. The question isn’t why she was there, but how her mother and her family will live without her. Ask who will make her mother tea, and play games with her, and who will she talk to…

In such sadness, I thought of the day; of the arguments I’d had and the comments that I had read. Around Israel, and from across the world, criticism and complaint. Almost weekly in the US, there is a mass shooting without nearly the amount of soul searching that took place here in Israel. But we needed that soul searching, and we still do. Perhaps the most honest comment came from Rabbi Benny Lau who said simply, “We are all responsible.”

It is impossible to denounce this crime by saying ‘A Jew doesn’t stab a Jew!’. That’s racism! A Jew doesn’t stab, period. Everyone who prayed today heard the 10 Commandments and they stood and heard ‘You will not murder’. In the name of which Torah? In the name of which Torah does someone stab? Or goes and burns up a baby and his whole family? Everything starts from what we say in shul and we need to take responsibility!

When everyone says that we are losing our soul, that’s the time to find it. When people question our direction, it’s time to look around and remember who we are, what we are, and what we have accomplished. The world will always shove a moral compass at Israel – one reserved, almost exclusively for us. We have to be a democracy above all others, or we are not a democracy at all, according to these standards. That’s not fair and we should not accept the world’s compass to guide who we are. But we must accept our own. We must be the best we can be…not for them, for us.

Yesterday, amid the sadness and anger and accusations, I think we lost, just a little bit, the memory of what we are. We fought ourselves and each other, we surrendered to the lashings of a world that cares little for our sorrows and knows nothing of our internal commitment to the concept of tikkun olam…of fixing the world, making it a better place. Today, as we bury Shira Banki (may her memory be blessed and may the angels watch over her now), we need to reclaim Israel, for her, for her mother, and for us.

We need to remember we are not evil; we are humans as all others, with the same rights and the same faults. From around the world, I am reading comments that say Israel has to be a “light amongst the nations.” Well, we are. From Nepal, to Haiti, from Kenya to Indonesia, we have saved lives in natural disasters. But more, on a regular basis, Israelis work around the world building, consulting, training, treating, curing.

We are that light, like no other. And that light shines strongly inside of us. We are a light for ourselves as well. We see this in our children, even if sometimes, we don’t see it in ourselves. Look at them. Three years of their lives they give this land, in love and in pride. And for all that time, look at the love given to them. In so many restaurants, that welcome them with free food or huge discounts; in little things, all over the country.

Yesterday, people spoke of hate in Israel, intolerance, and worse. Today, we should remember the unbelievable acts of kindness that happen every day here in Israel. Last night, in Gedara, a young couple got married. The bride is an orphan; having lost both her parents in the last two years…her father only a month ago. Apparently many of the invited guests assumed that the wedding had been canceled and didn’t show up and so there they were, this young couple, getting married with only 20 or 30 guests.

A relative posted on Facebook begging people to come. A popular Israeli news site picked it up and put out a call, asking people to come and help celebrate the beginning of this couple’s life together. Almost 2,000 people showed up and a famous singer went there as well. Remember, this is Israel.

Each day here, people reach out to help in small acts of kindness that lighten the heart and remind us that we are each a part of the greater whole. Rarely do I stand in a line without conversing with the person next to me; often people will stop me to ask a question and without hesitation, help is offered.

Yesterday, my husband drove to the hottest place in Israel in the middle of a heat wave to install an air conditioner on an army base. The air conditioner was a donation for the soldiers and they gathered around to help my husband, grateful that on such a day, he would come out to help. Together, they enjoyed the cool air when they were done.

On our community list, a recently-widowed woman asked for a ride somewhere, and within minutes, she knew she not only had a ride to her appointment, but a ride back as well. Another woman here broke her arm and within hours, the community had organized meals for her family.

If you’ve ever been in a hospital in Israel, you’ll know that people come around and offer sandwiches to families waiting for news. This has happened to me in Haifa, Tel Aviv, Jerusalem, Beersheva and Petach Tikvah.

In each place, they simply come over and ask if you have eaten, and if you’d something. No charge; no pressure; no limit. You can even call them and tell them you’ll be there and they’ll never ask you for money. They are Ezer Mizion and you can give them donations but they will not ask in that moment when you need them most. Shortly after my youngest son was born, he was in the hospital for 10 days. Alone with my infant while my husband was home with our other children, I was unsure how things worked over the Sabbath. The baby was the patient, not me. The nurses were unconcerned, and told me not to worry.

I tried to figure out what I would eat, and then hours before sunset, a man came with an entire meal, bread, a small bottle of grape juice on which the Kiddush is said. He assured me that someone would come the next day, take away the thermos which contained hot soup, and bring me more. In tears, I thanked them, but he wasn’t done. He asked me if I needed anything else. Did I need someone to come say Kiddush for me? Havdalah? I told him I was fine and could manage on my own.

He asked me if I wanted his wife to come sit with the baby so that I could rest. I thanked him again and told him he had done so much. And still, the next day, he came with his wife to visit and bring food and sit for a few minutes. I never learned his name; he never asked mine. Acts of kindness; remembering Israel.

Early each morning, before dawn, men and women gather at the Western Wall, waiting for that earliest of moments when it is permitted to begin the morning prayers. And in the predawn chill, as women huddle as they whisper psalms, a woman pushs a cart offering a scarf, a shawl, and a warm cup of tea to strangers. She asks for nothing, simply offers warmth and kindness and then moves to the next woman. Israel.

In all our sorrows, as we bury Shira today, remember that the essence of who we are remains. This is not a cruel society, but a kind one. This is not an evil country, but a good one. Flawed as all humans are, we have, nonetheless, built am amazing country. Remember, this is Israel.