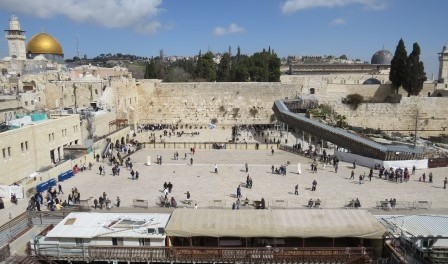 One of the things I love doing is showing Israel to visitors. It isn’t just about missing work or stealing a day but about seeing, through their eyes, the wonder that I still see here, even after more than two decades.

I’m used to questions like – aren’t you afraid? Do you think there will ever be peace? Don’t you think, if you gave them [fill in the blank], that it would be better for Israel and them? And my favorite, but do you really think this is the best place to raise your children?

I’ve been asked these questions before, have answers for each. Recently, someone asked me “don’t you miss America?” and that got me thinking about the questions I expect, and the ones I don’t.

Aren’t you afraid? No, really no. Not for a minute do I fear the present or the future. Sure, I was a basket case, terrified to the core, when my oldest son was in first Cast Lead and then Operation Pillar of Defense. Sometimes, I’m nervous about going on the train or driving a particular road – this past month, as we drove down to Eilat, I was worried that there would be a rocket attack. But there are worries and concerns, and then there is fear. I have the world’s greatest imagination when it comes to thinking of all the bad things that can happen. I am a firm believer that if I think of something bad, God won’t let it happen because He’s not going to have me go around and say, “I knew it!” So, He’ll think of something else and my job is to try the impossible, to out-think God.

The tsunami, a meter of snow in Jerusalem, 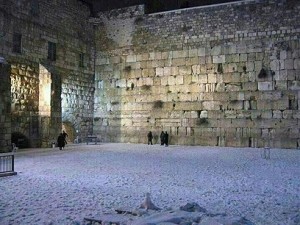 9/11 – I never thought of those…but mundane things like car accidents, rocket attacks, throwing rocks at the train, kids forgetting to bring sweaters and freezing to death in July – I’ve got those covered. I lived in America for the first 30 plus years of my life and I was often afraid – afraid of the night, of being attacked as a woman. I was afraid someone would take my children…terrified silly of anyone who looked at them too long.

A man once saw my oldest daughter, Amira, bundled in my arms and asked me if I wanted to sell her and I almost panicked. I grabbed her more tightly to me, said no, and rushed away. He must have thought I was insane. Those same words have been said to me half a dozen times, at least, in Israel and each time I smiled and said, “sure, how much?” When I left America, I left behind the fear of the night. I can walk here safely at 2:00 in the morning; I can go shopping or begin my day at 4:00 in the morning in complete darkness and have no fear. No, I am not afraid to live in this amazing country, to travel its roads, speak to total strangers on the street.

Do you think there will ever be peace? No. I’m almost tempted to just leave that one word as the answer to that question and move to the next. I want peace, I dream of peace, I yearn for peace more than you can imagine. I said I wasn’t afraid – but I am afraid of when my youngest son, David goes into the army, when Elie and Shmulik next do reserve duty. We are engaged in a battle of cultures, even of religion. Islam may be called (or call itself) the religion of peace but in reality, it is a religion that does not allow compromise, negotiation. To them, that is equivalent to weakness, to surrender. They will not compromise; they will not say, okay, you take this and we’ll take that. What they will say is, okay, we’ll take this now. We’ll give you a hudna (a temporary peace ceasefire) and take what you are willing to give…and then, they’ll return and want more. They were offered 97% of what they are supposedly asking for…and they turned it down. They turned down way more in 1947. They do not want peace and while you can buy all sorts of things in this world, the one thing you can’t buy is true peace (well, you can’t buy true love either). So, no, I don’t believe there will ever be peace. At best, convinced we are too strong to be challenged, there will be quiet – as we have with Egypt and Jordan, to some extent with Lebanon and Syria as well. I hope for true quiet with the Palestinians. Realistically, I can’t imagine getting anything above that level.

Don’t you think, if you gave them <fill in the blank>, that it would be better for Israel and them? Been there, done that. Didn’t work then, won’t work now. We agreed to them having half the land in 1947; they attacked us with five armies. We agreed to return much of the Sinai we captured in 1956…that just got us to 1967 when we had to capture it again. We gave them Gaza in 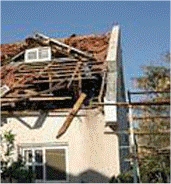 2005, that just got us several more wars. Yes, the “peace” with Egypt has held after we gave them back the Sinai for the second time, but it is a fragile peace which the Egyptians keep debating and at some point, will likely break. We gave the Jordanians some pieces of land in the peace agreement we signed with them, but like Egypt, it is a cold peace held more out of strength than truth. As for the Palestinians, they have shown what they will do with any land given to them – they’ll set up rocket launchers and fire thousands of rockets at us; they’ll dig tunnels through which they can smuggle arms and/or attack us. No, really. The only peace agreement that will ever stand a chance of surviving is one based on an exchange of peace for peace. Land for peace doesn’t work. 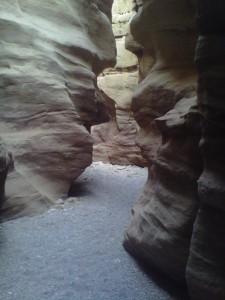 aise my children. My children, the five I have birthed, the three that have married and become mine, the two that I have adopted (and their two sisters which I kind of adopted too) are all proud, strong Jews who love this land. They speak the language of their forefathers; walk proud and tall and strong. They know nothing of cowering before those who hate us; they know nothing of a culture that encourages them to hide who and what they are. They are irrevocably and entirely Israeli and Jewish – and it is very doubtful they could be this way if they did not live here. They value what is meant to be valued in life and walk in a land that is theirs – by right, by might, by history, by divine promise.

And so we come to the question I was recently asked, the one that surprised me. Don’t you miss America? Like some of the questions above, there is a simple answer and a more complex one. The simplest answer is no. I could leave it at that. But I’ll say something else. The United States saved the lives of my grandparents – like so much of their family, they probably would have died in Europe if they and their parents didn’t have the foresight to leave Europe. The United States gave them, gave me, a love of democracy and freedom. What it didn’t give my extended family is what I have given my children by bringing them here. America is the great melting pot…but in melting, there is a loss. Perhaps for some, the loss is outweighed by the gain. Jews came to Am 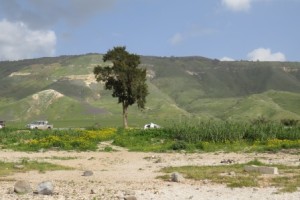 erica with a history thousands of years old. America in its greatness, made it very easy, too easy. for hundreds of thousands of Jews to walk away from that richness. That loss is more tragic than I can explain and so no, I don’t miss America because living there could have cost me the souls of my children, their future.

I never walked on American soil and said – this is mine in the same way I say it here. When I practiced my religion, it was on the sidelines, time stolen from school or work that had to be excused or made up. Here, every holiday is a national one; every Shabbat, the Sabbath for all. While the army in the United States did holy work, defending America’s interests abroad, it was on distant shores and for causes that were honorable but had little impact.

If Vietnam fell (as it did) or not, my life in America was not going to change. If the Iraqis were saved from Saddam Hussein or not, life for Americans was not going to be different. By contrast, each and every war we fight here is a direct defense of our homes. Rockets were fired at my home while Elie was on the border defending Israel. His friends and fellow soldiers knew that the rockets that flew over their heads were aimed at cities where they live, places they have been.

I don’t miss living in America because in a very real sense, I always felt that I was a stranger living there as a gift, a visitor who needed sanctuary. Only, since 1948, long after my grandparents had moved to America, I didn’t need that sanctuary anymore and so I came home. 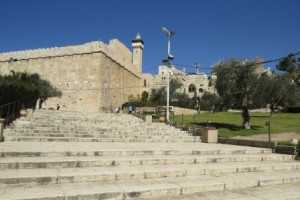 Home to Israel, where I raise my Israeli children to help others, welcome strangers into our home, and as a nation, offer assistance to others. The concept is called “pay forward.’ What was done for the Jews who needed a place to which they could flee Europe’s growing anti-semitism, is now paid back, by paying forward this gift to others. Now only have we opened our doors to hundreds of thousands of Jews who fled Europe, Arab countries, Ethiopia and Russia, and now France, the UK and other places, we opened our doors to refugees from Vietnam and Sudan and more. We fly across the world to help others after the tsunami, earthquakes and more.

I came home to Israel…so that this would always be the home of my children.

***2016 Update: My youngest son is now a combat soldier in the Givati brigade.