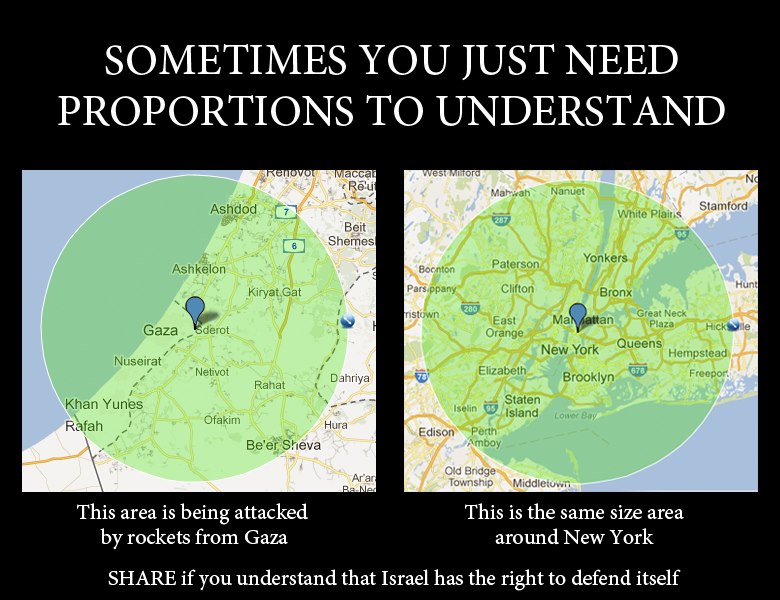 Proportionality was a big word during the Cast Lead War. Many felt Israel’s response was disproportionate to Gaza’s success. You see, poor souls, they kept firing rockets at us – but mostly missed so therefore our ability to hit our target was seen as our advantage – even, can you imagine, an unfair one.
Then again, the few times we missed our target, we were criticized for that too. Sometimes, you can’t win and so you have to settle for being right, and being safe. Four years ago, we were worried about what kind of President Obama would be; what kind of support he would give Israel in real terms, not in the fancy talk of his campaign. We are so much wiser now, the fears we had about Barack Hussein Obama have largely been realized, though, to give the man his due, his administration did give Israel a boost yesterday when it sided with Israel, faulting Hamas completely for this latest round of violence and declaring for all to hear that we have the right to defend ourselves.
Of course, the longer this war will go, the more we will again hear proportionality. Eleven people have been killed in Gaza…I know that number includes al-Jabari; that makes 10. Two teams of rocket launching terrorists are in that group, that brings it down to 5. I suspect, even among the five, there is at least one more active combatant – a soldier, if you will, who bet on war and lost his gamble.
In Israel, we have three dead – all civilians. We have many wounded. As far as I know, they too are all civilians. So, from what I see, the Palestinians have about a 20% civilian casualty rate while we have about 100%.
Here’s another example of proportional – it’s hard to imagine, for some, the area that is under attack. We are talking of a reach of 40 kilometers – more actually, as today Gaza shot beyond 40 kilometers. Imagine, then, if this same geographical space were spread over the east coast of the United States…take a look…