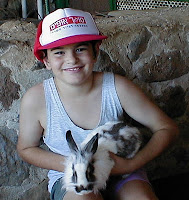 Shmulik is getting married…amazing, isn’t it? Mazel tov! The boy who came to Israel at age three…is now a man on the brink of matrimony.
It’s been a long time in coming, a long road he and his future bride have had to take. They were very young when they met and have worked towards this day for a long time. Obstacles were put in their path by well-meaning parents – his and hers. Ultimately, as I knew they would, they overcame these obstacles. They are cute together. She is quiet; he is protective. Together, they are sweet. 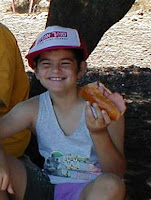 I’ve been focusing on the wrong things for the last week – the cost of the wedding; the details. To some extent, it has taken some of the joy out of the event. The other night, as I walked to catch the bus, Yaakov called from America. It was noisy in the street; I didn’t recognize the number or his voice. I asked who it was as I looked across the street to see if I was missing my bus.
“Don’t you know your own son?” he said. “It’s Yaakov.”
Yaakov came into our family when he was Elie’s roommate in Hesder. Elie left Hesder to go to the pre-military academy in Nokdim; Yaakov stayed. He went into Givati and was the first to introduce me to the army. I learned a lot of things – like not to trust that he’d get out when they said; that he’d be exhausted and starving when he came to our home. He was the first person I ever worried about drowning in his own soup and watched in amazement as Elie gently tried to awaken him when he fell asleep during the seder.

From Yaakov, I learned that parents are supposed to bring food to the ceremonies; and that after walking all night, many of the soldiers would walk like a combination of a woman after labor, and an 80-year-old man (but not Yaakov!).

We went to Yaakov’s army ceremonies and proudly watched as he received his gun and rifle, as his beret was changed to purple, as he finished. He returned to America, hopefully only for a few years, while in university. He married his beautiful bride (and showed me the pictures later). He sends me pictures of his daughter.

He called to wish me “Mazel tov” – congratulations on Shmulik’s wedding and I joked about his coming to the wedding. He’s considering it – maybe, hopefully. I was so excited after getting off the phone with him, I realized a few things.

We love Yaakov and Chaim – and they love us. It sounds so silly to write it down but it is something that I don’t take for granted. It isn’t easy to open your home and your family to someone else and yet we have done this for both of them (and each of them for who they are). And amazingly enough, they feel this love and return it. It was there in Yaakov’s call; in Chaim’s visits and updates.

When Elie was born, I learned something amazing – love multiplies. It isn’t that you run out of love or that you have to split what you have. As each person comes into your life, you find you have even more love to share!

And finally, on the way home, I called my children – and told them about Yaakov hopefully coming – each was happy, though Chaim warned me it wasn’t final and I shouldn’t get too excited yet.

But the cutest line came from my youngest daughter. I was about to tell her when I realized that she hasn’t seen Yaakov in almost two years…a very long time for a young girl and so I said to her, “You remember Yaakov, right?”

I smiled and told her that Yaakov might be coming to the wedding.

And when I laughed, she said, “oh no, are you going to put this on the blog? You are, aren’t you?” 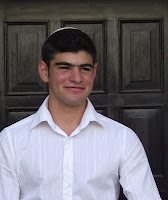 But most important, somehow that simple conversation from Yaakov brought an image to my mind – a photographer taking a picture of my family…and how it has grown over the years since I brought three young children to this land.

My oldest is now married. My second now in the Reserves. Shmulik is a soldier…and a groom. Yaakov is new to our family – married with a beautiful wife and child. Chaim is a soldier. Davidi and Aliza, both born here in Israel, bring life and light to our family. My husband and I have been enriched. For the first time, I thought of that picture we could take, that I hope we will take – of all of us standing in our finery and celebrating.

Each addition to your family brings joy…that is what this wedding is about and it took a simple phone call to remind me of it. Thanks, Yaakov – you have always been the sensible one!

(And as always, thanks to Yaakov and Chaim’s mother for sharing her beautiful sons with me.)