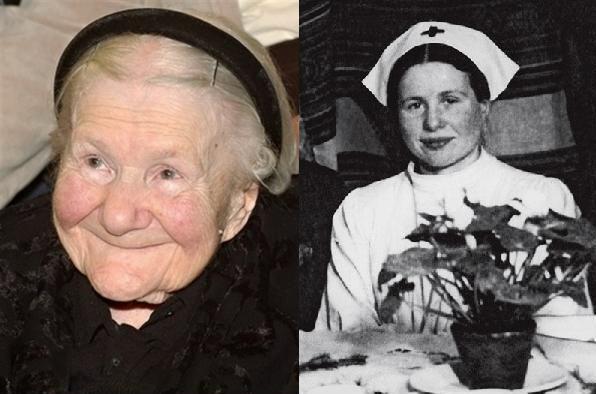 During WWII, Irena, a Polish Christian woman, got permission to work in the Warsaw ghetto, as a Plumbing/Sewer specialist. She had an ulterior motive. Irena smuggled Jewish infants out in the bottom of the tool box she carried. She also carried a burlap sack in the back of her truck, for larger kids.

Irena kept a dog in the back that she trained to bark when the Nazi soldiers let her in and out of the ghetto. The soldiers, of course, wanted nothing to do with the dog and the barking covered the kids/infants noises.

During her time of doing this, she managed to smuggle out and save 2,500 kids/infants. Read that number again – 2,500 lives…Ultimately, she was caught, however, and the Nazi’s broke both of her legs and arms and beat her severely.

Irena kept a record of the names of all the kids she had smuggled out, In a glass jar that she buried under a tree in her back yard. After the war, she tried to locate any parents that may have survived and tried to reunite the family. Most had been gassed. Those kids she helped got placed into foster family homes or adopted.

In 2007 Irena was up for the Nobel Peace Prize. She was not selected. Al Gore won, for a slide show on Global Warming. Today, we honor her courage, her bravery. She has been recognized as a Righteous Gentile in Yad Vashem.

May God bless her memory.

Please share this to honor the sacrifice and courage of this fine human being who gave so much and saved so many.