Havel Havelim is the most veteran of the jblogger carnivals and probably one of the longest running blog carnivals there is. Blog carnivals are like “floating” internet magazines. They float from blog to blog, like “floating crap games,” l’havdil.
Havel Havelim, the international jblog carnival, was established by Soccer Dad. The term “Haveil Havelim” is from Kohelet, Ecclesiastes, which was written by King Solomon, who built the Holy Temple in Jerusalem and later on got all bogged down in materialism and other “excesses” and finally realized that it was nothing butnorishkeit, “havel” or in English “vanities.” I think that King Solomon and his father King David were the original “bloggers.” The books they wrote, when you take them chapter by chapter, can easily be described as blog posts.

I have to say, I’m overwhelmed with posts – not just the quantity, but the quality. When you host Haveil Havalim, you are often challenged to go outside your own opinions to present others. On the one hand, we are free to accept or refuse any post – on the other hand, we want to share a spectrum of opinions and voices. I found this a particular challenge this week as I thought that some of the posts may not be politically correct and yet offered a slice of the very Jewish blogging world we claim to be presenting. How can you make that claim and the filter out someone’s voice because they might write words you would not write, thoughts you don’t necessarily think? They are all so clear, so important – please take the time to read each one…you’ll be better for it. I know I am!

So – here’s this week’s Haveil Havalim – a roundup of posts from the Jewish blogsphere:

In Israel at Ground Level, Dave republishes his Southern Israel: life in bomb shelters with revolving doors. Written several months ago, it is sadly still so relevant as Israeli children returned to school last week – again under rocket fire.
In Exiled Warrior, a soldier (Ruti’s son!) tells about life with an uninvited guest and says it’s the best argument ever for why we need cats in Israel. I don’t want to give too much away, but I will tell you that it has to do with an evil brown mouse!
Wanna know what life is like in Israel, well – here’s one post that may help you understand. In Bat Aliyah, Rivkah writes It’s Complicated – and it is. I’ve thought these thoughts so many times; I love reading someone else’s explanation and opinion.
As with Dave’s post, Arnold and Frimet Roth were clearly thinking of the endless rocket fire from Gaza and the fact that once again, Israeli children were returning to school under attack. In This Ongoing War, they posed the same rhetorical question many Israelis were asking themselves. First day of the week, and a school day. How surprising that there’s a rocket attack on southern Israel at 7 am?

Treppenwitz also posted about the First Day of School and what it’s like to have the Prime Minister come to school!

Esser Agarot offered two challenging posts this week, perhaps even controversial. The first was titled There Are (At Least) Two Religious Zionist Camps, Not One – I think some people are going to disagree and that is your right, but still, a post worth reading. The second one is about the Sudanese refugees who have been coming to Israel for a long time. In Where Are All The Sudanese Infiltrators Coming From? Esser Agarot offers some interesting thoughts and background.
If you are hungry, don’t read any further – it will just make you jealous. But if you have already eaten, in What We Ate on Our Hike in Nachal Shiloh, Batya takes you along for a family picnic in the Biblical and fertile land of Israel.
In Ki Yachol Nuchal, Ruti offers Hebrew Lessons in Cyberspace, a collection of several online resources for learning Hebrew, for the oleh chadash who means to get out of his chair in front of the computer, but just can’t quite get to ulpan class.
In light of the Israeli court’s recent decision that Rachel Corrie’s parents had NO basis for a lawsuit, The Muqata posted The Forgotten Rachels – a very special video about the Rachels of Israel who WERE innocent, who did not seek out martyrdom or glory, who simply wanted to live and were denied this right. 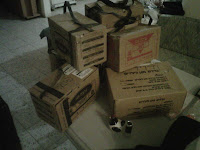 In Real Jerusalem Streets, Sharon shows off Jerusalem as August Ends as 2 million Israeli children go back to school.
And debuting in Haveil Havalim is my son, Elie’s wife – Lauren and her blog post, Honey, uh, did you get my gas mask?

In Enough Already About These So-Called “Rabbis!”, Esser Agarot discusses how President Obama’s re-election campaign has announced the launch of “Rabbis for Obama” – and what the term “Rabbi” means (and doesn’t mean).

In Jewish Journal’s post on What Do You Want to Know About Synagogues? Susan Barnes tells of opening a recent edition of the Reform Jewish magazine expecting to find an intelligent discussion of what is important in a synagogue and instead found a list of completely useless trivia questions. And so, she sets about writing the quiz that she feel should have been there. And then gives her answers as well.

In Think Judaism, Yitzchak asks the question Is It Possible to Keep the Mitzvot Without Believing? which offers a translation of a correspondence between Yeshayahu Leibowitz and someone who practices but does not believe.

Let’s Talk about Life and the People We Love

In Raising Asperger’s Kids, Elise posts a beautiful tribute to her father, Richard Krieger, who died last week at age 78. He led an amazing life, dedicated to helping others. He helped plan and organize the airlift of Ethiopian Jews our of Sudan; he wrote the original proposal for the US Holocaust Museum. He was one of the first to work towards obtaining the release of Jews from the Soviet Union. The list of his accomplishments is long and so impressive. And after sharing her father’s history, she concludes, 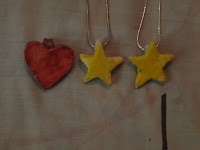 Over the last few weeks, Ruth – known as Ricki’s Mom – has been sharing pictures and stories about Ricki on her blog, Beneath the Wings. Ricki recently passed away, leaving a much sadder world behind her. The pictures show a special girl, as she grew and despite her Downs Syndrome, there can be no doubt that Ricki filled her family and world with love. In The Photo, Ruth posts a beautiful picture and poem in Ricki’s memory. And in The Pendants, she writes of how she and Ricki made ceramic pendants that will be given soon, on Ricki’s shloshim, to her nieces.

Batya shares with us information on Tefilat Chana, an evening of prayer, slichot and song at Ancient Shiloh. It will take place September 12. I hope I can go…and hope to see many of you there! Free admission – and there will be organized buses. Click the link and learn more!

And besides all that…

In Miriam’s Words, Miriam writes that six of her grandchildren decided to have a cooking contest. The long awaited results have finally been announced in The Cook-off – A Wonderful Lesson in Cooperation.
……………
Stay tuned for next week’s Haveil Havalim and thanks for joining me on this trip around the Jewish world of blogging.