It’s such a sad picture…the sheer agony on the man’s face…the bloody body of a child. And it is from Gaza today – a child injured in an Israeli air strike. A poor Palestinian child murdered.

Oh my God, I would cry too. It is, indeed, a truly heartbreaking photo… 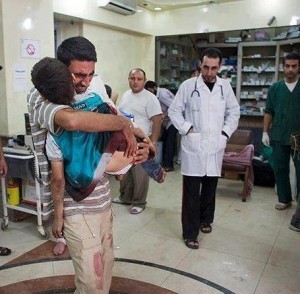 What can I say about this tragic picture? I can try to explain about innocents who die because their government thought firing rockets at another country would be allowed.

I could try to explain about how we target their military assets while they target our civilians but that would mean little to this man after the loss of a child much loved.

Except…except – it’s fraud again. The child that was killed – wasn’t killed by Israel, wasn’t in Gaza, it wasn’t today. It wasn’t Shifra hospital. It just wasn’t…isn’t…not…. 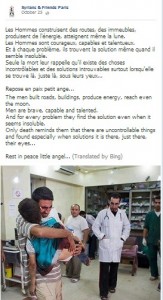