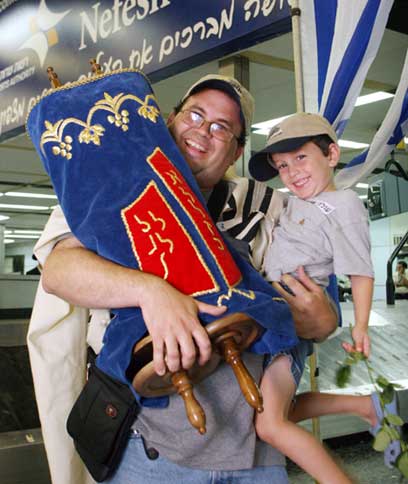 An integral part of Israel…is the concept that Jews belong in Israel. Throughout time, Jews have turned towards Israel, no matter where they were, and yearned to come home. This became a reality for hundreds of thousands in the years after Israel was established…re-established…on its ancient homeland. And even more, this became a reality for millions of Jews in the decades that have followed.

A few years ago, an organization known as Nefesh B’Nefesh began assisting Jews to find their way back to Israel by offering real assistance…whatever it would take to enable them to move here. Plane load after plane load filled with new immigrants have landed and today, a very special thank happened. Not only did some 200 new immigrants arrive from the United States, but one of the passengers brought something very special with him.

Dr. Kevin Schreiber, a pediatrician from New York, brought a 250-year old Torah scroll that had been rescued from Krakow, Poland. The scroll was found, almost 20 years ago, by a relative of Schreiber found it hidden in an ancient books’ library during a trip to Poland in 1988. The relative took the Torah scroll back with him to the United States, and Dr. Schreiber has now brought it on its final journey home. 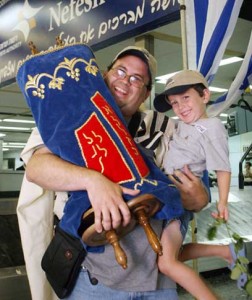