Five hours ago, my youngest son left our home with his friend to go to the large Jerusalem mall to buy himself some shirts for the coming year. He knows his taste and he isn’t going to wear shirts that I pick out. So, he went with his friend – a good kid from the neighborhood. They’ve been good friends for years.

It was getting late and he should have been home. We called him, “where are you?” my husband asked. 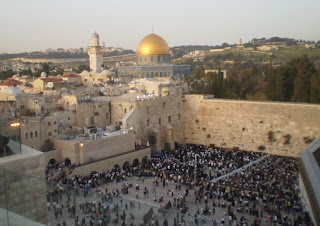 Davidi and his friend had taken advantage of one of the most amazing aspects of living so close to Jerusalem. Instead of coming right home, they went to the Kotel, the Western Wall, to say the evening prayers. It is a most amazing place. I can’t even complain. Years ago, a friend and I went shopping. I don’t remember which one of us asked the other, but the next thing I remember was that we were driving and parking in the Old City, walking down the steps…to the large plaza that opens to the most glorious site we currently have available to us. The large towering wall of ancient stones, the last remaining wall from our Holy Temple. Actually, the truth is, it isn’t from the Temple – it’s “only” a retaining wall, but it is, in many ways, all we have left.

I felt such joy and pride that he’d gone there on his own initiative.

And then, I saw the news, Arabs were rioting not far away – had stoned an Israeli bus – Bus #2 – easily could be the bus he was riding on – four were injured – a mother and her three children. They have been taken to the hospital…and so came the fear. 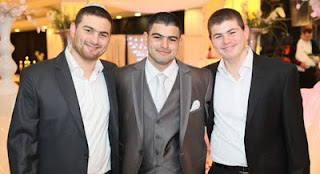 Where is Davidi? It isn’t like having Elie or Shmulik in danger – it is, in some ways, more frightening because he is younger. Perhaps that isn’t even true but what I am feeling now. I was fighting myself and finally surrendered.

“Davidi, where are you?” this time it was me calling.

“At the Central Bus Station,” he reported back. I didn’t tell him about the rock attacks. All I could think of is that he’s clear, he’s safe. Relief.

And now that I know he is on his way home, there is this twinge of anger that they could have turned pride into relief, could have caused fear by attacking a bus full of people that had simply wanted to pray.

Rockets hit Israel again a few hours ago – another violation of the ceasefire, another inhumanity.

Rocks hit a bus in Jerusalem – another violation of decency.

And one last thought – my son is, thank God, safe. He will, God willing, be home soon. It’s just after midnight here in Israel. Gilad Shalit turned 25 years old today in Gaza. He won’t be home tonight. His mother and father live only with the fear and the anger.