We sold our Honda Civic to a really nice young couple from Holon. They got a bargain; we got way more than we would have gotten as a trade-in. The dealer gave us an extra discount and even managed to get the car in the gorgeous color I really wanted. A win-win situation for everyone. 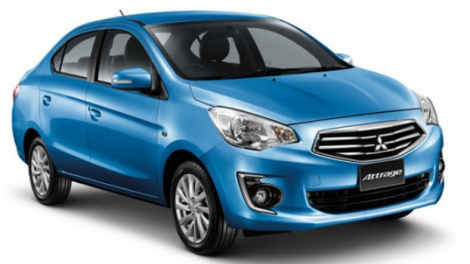 And as I await my new car, I’m astounded not by the details of this wonderful car — the automatic windshield wipers… doesn’t that sound cool?… the multimedia system and reverse camera… the automatic lights… no, that’s all good.

What’s bad was what it took to sell the Honda. I’m not talking about the fact that the Honda dealer offered us the lowest trade-in value, thereby convincing us to abandon Hondas. Hello again, Mistubishi!

I’m not talking about the people who called and tried to bargain down the price of a car they couldn’t be bothered even seeing. Or the ones that came to see it and made me wonder if they were going to try stealing it.

All that is standard and expected in a country where bargaining is often considered a fine art.

What was bad was that the sweet couple who bought the car were afraid to come see it. Jerusalem was the end of the world to them. Maale Adumim? Oh my God, no.

We spoke to the young man who had just totaled his previous Honda and really wanted to buy ours. “Maale Adumim?” he said with obvious hesitation in his voice. “Could you bring the car to Holon?” Um… no.

“Is it safe?” Yes, I assured him – safer than Holon or Ramla, that’s for sure.

“Do you have to drive through any Arab villages?” Only if you take a wrong turn, I told him. And then explained that there are two main highways into Jerusalem on the west side. Route One and Route 443.

“If you’re scared, so take Route 1,” I said. Though I admit, I struggled to keep the disdain out of my voice on that one.

“Is it dark on the road?” Only if you drive with your eyes closed. He didn’t get the joke. No, I said. Regular wide highways. Lights. How utterly modern we are on this side of the country!

We are 5 kilometers from Jerusalem, I told him. And still he was afraid to come here at night. “Do you drive there at night?” Almost every day, I answered.

We finally got him here — once to say he wanted the car; once to bring payment. And after coming here twice, it still took us another 30 minutes on the phone to convince him to come here to Maale Adumim to get the car and complete the ownership transfer. He wanted to meet us in Jerusalem. We’re just FIVE kilometers away, I told him — with all the convenience of the bank and post office with no lines.

“Have you ever gone to the Dead Sea?” I asked him at one point.

We are on the SAME road. You pass our city every time you go there. The only difference is that instead of going to the left, you make a right, go up the hill and enter the city. It’s the same thing.

With the car deal done, I’m left with this sad feeling that I’ve encountered before. Jerusalem is our capital and yet whole sections of Israelis rarely come visit. It’s almost as if they think they have to physically walk up the hill and it’s too much for them.

And by contrast, there is almost nowhere in Israel I won’t go — even into Arab villages. At least that was true before the government made it illegal because of the danger. I have been in the north during a katyusha attack; I have been in the south during a Color Red. I used to shop in Kfar Kassem and the small shops that used to be on the road to Ariel before they redirected the main road so that we didn’t have to travel that way.

Years ago, someone from Kfar Saba asked me for a ride to Jerusalem. I told him he was welcome to come along but I was taking Route 443. This was when Modiin was tiny and bombs were exploding on buses in Tel Aviv, Kfar Sava, and Netanya. Route 443 was the road much less traveled.

He agreed because he really didn’t want to take a bus and then spent much of the ride in what looked like fervent prayer. I thought he was going to kiss the ground when we arrived in Jerusalem and I smiled quietly when he called his wife to assure her he’d arrived safely.

I drove into Gush Katif on the day before it was given to the Palestinians. I went in alone to learn the fate of a caravan synagogue that the Prime Minister’s Office had promised would be brought to Maale Adumim and came out alone and devastated because the bulldozers had destroyed it.

Once or twice I have worried that an Arab would throw a rock at my car; once a Bedouin did. I kept driving, called the police and that was that. I drive the same road whenever I am in the area.

I do it because long ago, I promised myself that I left fear behind when I moved to Israel. In the US, as a woman, I was afraid to go out at night. We were instructed how to park our cars (not near a van, under a light). We were told how to have the key in our hand, ready to defend ourselves if needed.

Four years living in Manhattan had convinced me that women didn’t walk those streets alone at night and even during the day, you walked it while focusing on everything all around you. You drove with your windows up and your doors locked.

My dorm windows were barred and locked. And if in the suburbs where we lived the windows weren’t barred, the doors certainly were locked.

Who wants to live that way? I thought then and still think now. My children are free here and have been since we moved to Israel.

Many years ago, we found ourselves staying with our children in an apartment on the northern border. The kids were sitting on the couch; my husband was outside barbecuing and I heard two explosions. I ran outside to him, knowing with some inborn sense that katyushas had been fired nearby. As it turned out, we were close enough to the Lebanese border to have heard the outgoing explosion as well as the incoming one that indicated a direct hit on Kiryat Shemona.

We spent the night in a secure area and in the morning, the army declared the all clear. No further rockets were expected. People were urged to return to normal and yet thousands of Israelis flooded the roads to abandon their northern vacation and return to their homes in the central/southern regions. One of my sons begged us to go home and as I listened to him I knew that fear could win. And if we let it win then, it might always conquer them in the future.

“What happens when they fire a rocket at our home?” I asked my son. “Will we run from there too? This is our home; the only home we have. If the army tells us it isn’t safe and everyone in the north should leave, we’ll go. Otherwise, I think we should stay.”

And we did. We made it a fantastic family vacation – made even better by the fact that so many had left and we had fewer lines on which to wait. We were hailed as heroes by the local population simply because we stayed. We got discounts and smiles and everywhere we were showered with love and gratitude.

I like to think I taught my children something on that vacation. This is our land, our home. Fear can defeat you, or you can defeat fear.

From Metulla to Eilat, from the river to the sea, Israel is home. If you haven’t been in Jerusalem (or Maale Adumim) recently, it’s a shame. And if the reason for that is that you are afraid to come here, that is shameful. 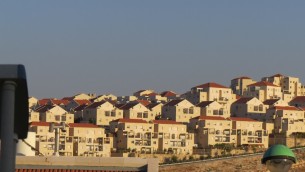 The weather is beautiful; the winter flowers are still blooming. The Judean Desert has a light coating of green from the winter rains that will only last a few more weeks.

If you are afraid to drive here, you are surrendering to fear and letting our enemies win. I can understand not driving INTO Jericho, but the road along side it is safe and leads to some of Israel’s most famous sites – the Dead Sea and Masada, beautiful wadis, Ein Gedi, and hours down the road, to Eilat and to Maale Adumim, perched on the hills just to the east of Jerusalem. It is every bit as safe as Tel Aviv and likely much safer.

I can understand not driving into Kalkilya but the road near it offers an amazing view. Fine, stay out of Jenin and Ramallah, but don’t surrender so much of our land out of fear.

I often see people write about how they are going meat-free, gluten-free, dairy-free, whatever. But what about fear-free? 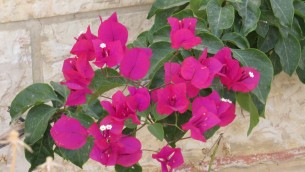 I have lived the last 20 years almost entirely fear-free. All the world is a narrow bridge, suggests a popular song, and the most important thing is not to be afraid. To get a good deal, the young couple came to Maale Adumim three times in one week. They drove away this morning with a fantastic car; I’m hoping they also drove away with less fear.

As for me, I can’t wait to get my new car. And as soon as I have it – I’ll drive every road in this country, see all I can see. I won’t let fear win in my country. I won’t let anyone drive me out or away from every corner of my land.

The flowers are blooming in our land…Jerusalem, the eternal, united capital of Israel awaits you… and so does Maale Adumim, which proudly guards Jerusalem from the east.