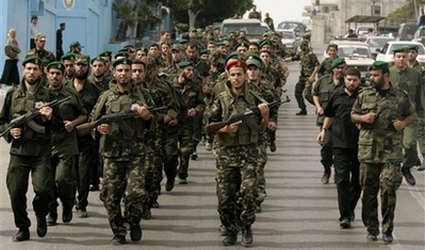 The latest lie-line of the Gaza propaganda machine is that Gaza has no army, no forces. They want you to believe Israel is attacking Palestinian civilians (we aren’t) who are unarmed (they aren’t) simply because we want to steal their land (we don’t). In fact, the Palestinian fighters are armed.

They have fired over 900 rockets at Israel in the last 6 days. Dozens each day – at our southern residents, at Tel Aviv, at Jerusalem – in total, three million people – 45% of the entire population, is under attack. 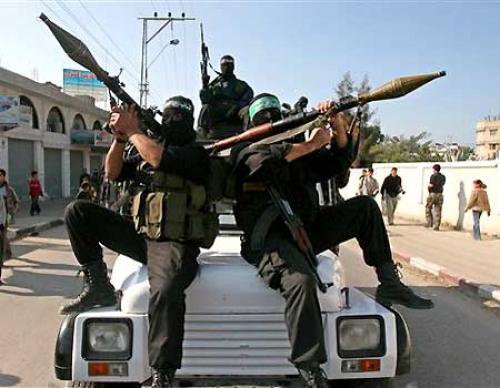 What is an army? Perhaps that is the question. Perhaps an army is more than large amounts of soldiers with weapons.

There’s no question they have weapons – they have been firing rockets for more than 12 years. They have uniforms, certainly. They have training facilities and they pay these soldiers to attack Israelis. 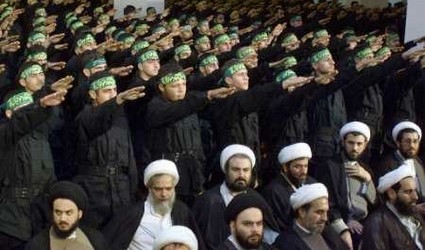 But maybe they are right because maybe, just maybe, an army is about the country which it defends.

Perhaps an army is more. I looked up the definition in the online Merriam-Webster dictionary. It defines an army as: “a large organized body of armed personnel trained for war especially on land“ 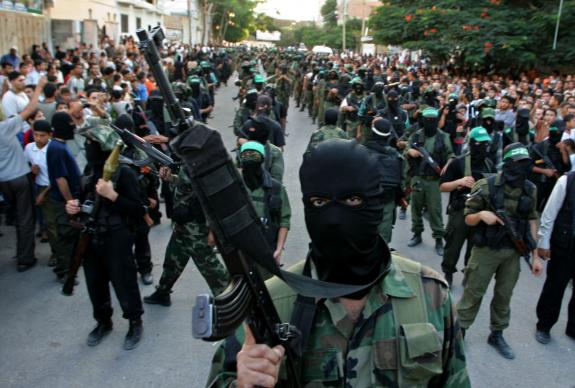 Well, Hamas and the Palestinians are a large body of armed personnel – but perhaps they aren’t so organized? And have they trained for war? Evidently not. I think their specialty is terrorism – suicidal attacks and shooting rockets. They really don’t handle war well – already, before the war has even begun, they are begging the world to stop Israel. For once, apparently, at least so far, the world is properly asking them how they thought they could get away with firing on Israel for so long without a response. But who knows what will happen tomorrow. 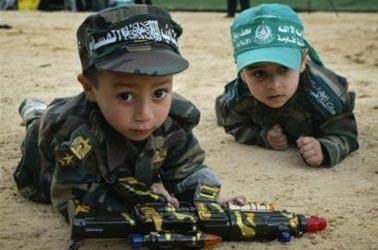 Well, they certainly have…oh…well, had a headquarters until we blew it up a day or so ago. They have several divisions and plenty of auxiliary troops.

At first, I thought that maybe the definition proves that those who say the Palestinians have no army are correct. No, I do not believe their “army” is capable of independent action, let alone independent thought.

The greatest victories in Israel’s history were accomplished by commanders and soldiers who used their minds and made decisive moves to accomplish their operations. The other thing that the Palestinian army lacks is a sense of morality. They have been firing on Israeli towns and villages. Today, they hit a school, more homes and stores. But then, morality does not necessarily go hand and hand with most armies…look at the Nazis, the Iranians, the Iraqis…

But finally, what convinced me that they have an army, despite the somewhat restricted definition, is that this force has managed, in the last 6 days, to attack threee million people by firing almost 1,000 rockets. No, it isn’t that they lack forces; rather, they lack the ability to want peace. The best soldiers are those who do not want to fight because they will fight with more determination to return to their homes. The bravest soldiers are those who want to live and want to make sure their families are there when they come home. They do not hide behind their wives and children, put guns and explosives in holy places.

So, what do we have? An army – oh definitely. They are an army of terrorists determined to fight civilians. And, as expected, they quake and run when confronted with a true army. More than 100 people a day are dying in Syria, yet the Arab governments, even the Syrian government, is focused on getting Israel to stop, to accept an enforced ceasefire.

More people died in Syria today than have died in all of the last 6 days in Gaza, in fact, more people were killed today in Syria than in the last four months in Gaza. So what is the big deal?

The big deal, I think, is the utter embarrassment it will be to the Arab world when a true and trained army takes on a terrorist army on their own terms – force to force, soldier to soldier. I hate that this has to happen; that my son will be part of it. But if our soldiers don’t face theirs, the Palestinian soldiers will continue to fight their chosen target – the people of Israel, our civilians, our children.

3 Comments on What is an army?