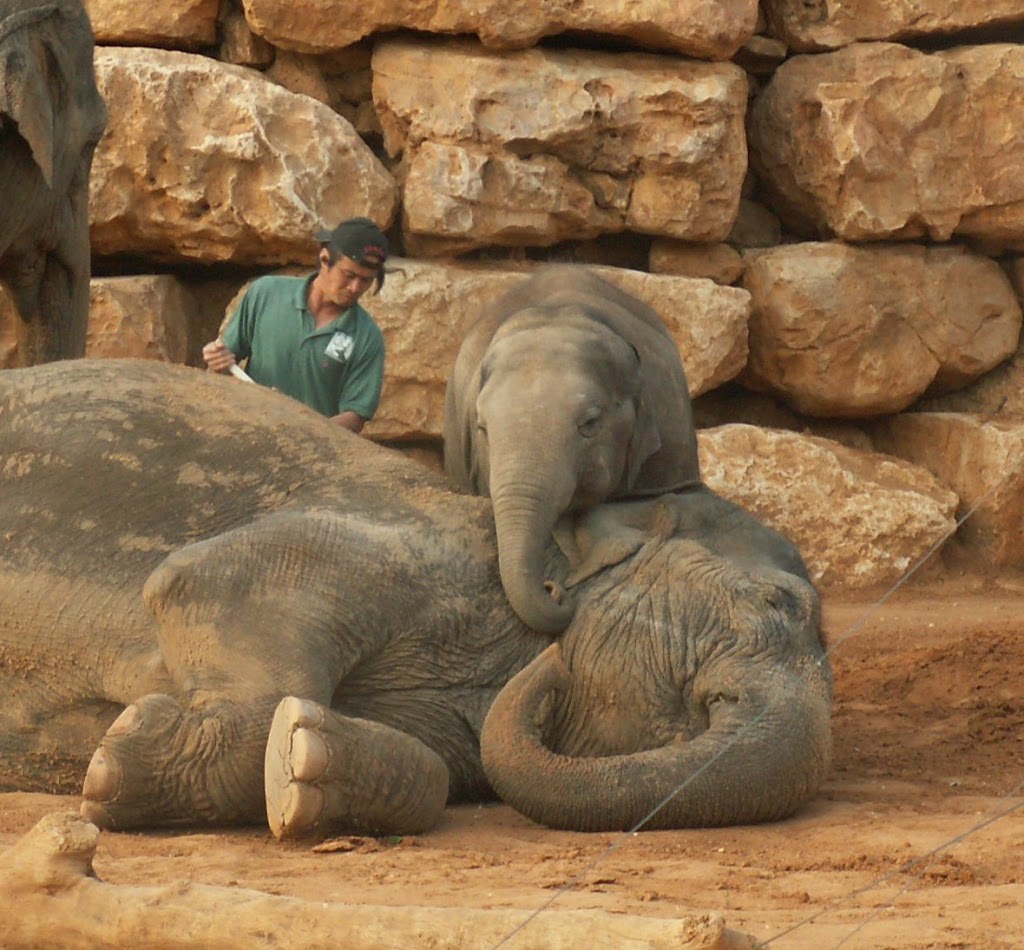 There’s a joke I heard years ago – it’s supposed to poke fun at the idea that Jews often see the world and events in relation to our lives – sometimes to the point of absurdity. Sometimes, the issue really has nothing to do with us – and still, somehow, we find a connection. 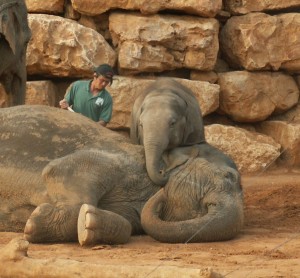 A teacher of a class of immigrants asks his students to write a paper on elephants and then is surprised to see the results. The French student wrote, “The Love Life of Elephants.” The Italian wrote, “The Dietary Preferences of Elephants” and on and on, according to well known stereotypes until the teacher got to the report by the Jewish student, which was titled, “The Elephant and the Jewish Problem.”

Elie asked me the other day what North Korea was thinking. He wanted to know if they were genuinely serious about attacking the United States with nuclear missiles. It’s an interesting thought that runs through our minds.

I have a picture in my head – it is of an elephant, huge and majestic. I know – some people see them as dumpy, but I have always loved the elephant. I love watching them. I see them (please don’t disillusion me with the truth) as gentle creatures. They have little to fear because they are so much larger than most animals. Who would dare attack an elephant? 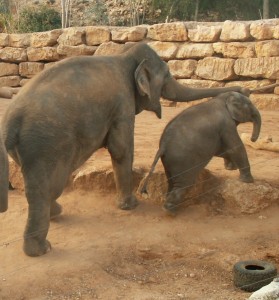 But the truth is, in my imagined image of the elephant, I see infinite patience and yes, a sweetness. Unless the elephant really feels it is in danger, it will ignore the small things. Perhaps it will swat its tail a bit to chase the flies away but it isn’t trying to kill the flies, just make itself a bit more comfortable.

I see intelligence in its eyes – yes, I’ve often been accused of being overly imaginative, but the elephant and I have an understanding. This is they way animals (and people) should be. They are loving of their young, gentle to those who do not mean it any harm. Maybe I was an elephant in another existence?

I’ve been following the news about North Korea and their threats to attack South Korea, perhaps Japan, even the United States. I can see the picture so clearly in my mind – of the elephant standing there patiently and there, way down there at his feet, there’s a tiny mouse. And, can you believe it, the mouse is standing up on its back legs and…kicking the elephant.

The other day, Elie and I were driving and we talked about North Korea. He didn’t really understand what was happening…was it possible? Would North Korea attack the United States? Would a mouse be stupid enough to attack an elephant? 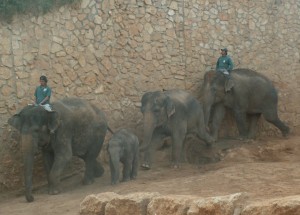 “What are they thinking?” Elie asked me and to be honest, I had to admit that I too wonder at the sanity of a tiny nation seeking to antagonize the US. But like the elephant and the Jewish problem, my thoughts moved off in other directions. The danger is not so much North Korea, but the evil axis that is developing – of North Korea, Iran and Syria. There are those who say that Syria is in such chaos that it poses almost no danger to Israel. I hope that’s true. But I think that if North Korea wants to be insane enough to attack the elephant, it will do so by coordinating a mass attack from the mice of the world.
Israel faces Iran and Syria but the real threat could even reach Europe in the form of Iranian missiles. North Korea can hit large portions of Asia…it’s a scary thought, almost even the potential for a third world war.
“What are they thinking?” The answer is likely that no one knows. No one knows why a mouse would be insane enough to attack an elephant…and yet…
The elephants I have spent hours of my life watching are ever patient. The mice always moving, always searching, always on alert. Will the mouse attack the elephant? What could it possibly have to gain? Couldn’t the elephant simply lift up just one of its massive legs and squash it in seconds?
Of course, there is the myth that elephants are afraid of mice…perhaps the mice believe this…but is it true?