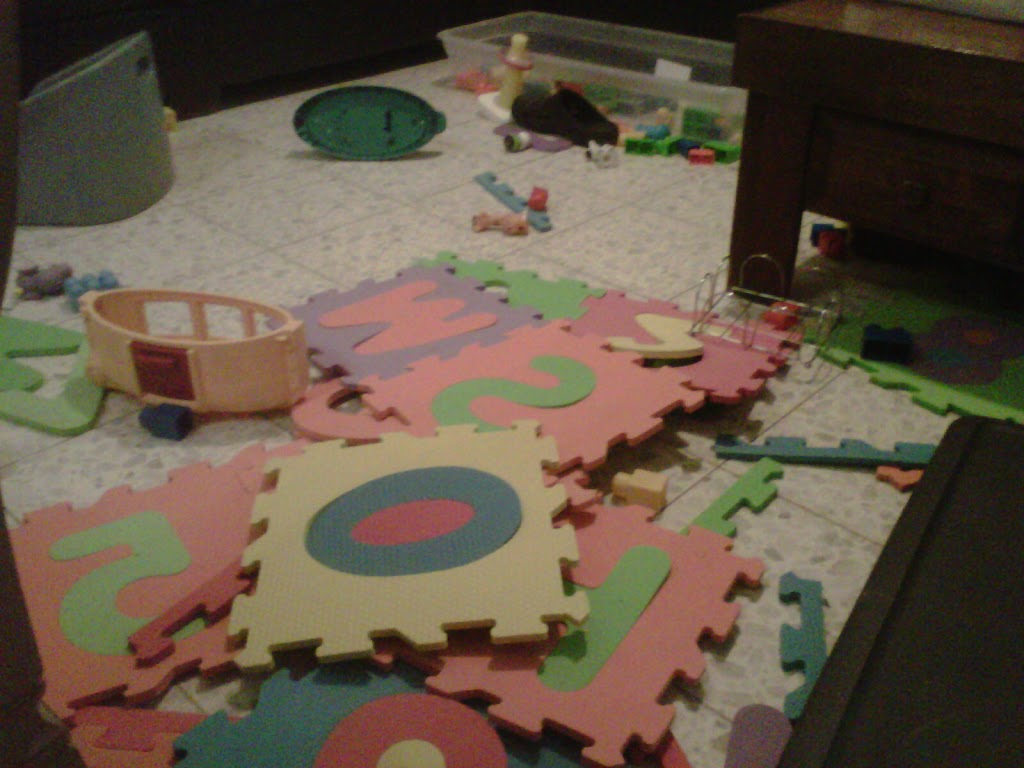 When Elie’s unit was moved south and put in position near Gaza before the Cast Lead War in 2008, I experienced about a month of unbelievable fear and all sorts of other things (I won’t even attempt to summarize it all here, but it’s available if you want to click back to late December 2008/January 2009). I also, amazingly enough, had a blog whose readership soared into the tens of thousands a day. It is, on the one hand, the dream of many bloggers (and the reality of a select few). The only problem was – I was too distracted to “enjoy” it.

And with all those visitors, I had so many comments, so many. A lot of those that visited came to leave these really nasty comments. More though, left comments  that were so incredibly supportive – touching beyond anything I could express. There were the veterans who knew war and assured me that Elie would be fine, that he’d cope, and overcome and they were so right. There were the mothers of other soldiers (and the fathers too) who sent their love and prayers and told me to be strong…and I was trying to do that so hard. There was one woman from Montana who told me it was 3:00 in the morning and she woke worrying about Elie and me and I cried in gratitude and thought God would protect Elie just on the basis of all these amazing people.

And for some reason, I read the ones that were so nasty too. The ones that wished such horrible things on my country, my family, my son and these made me angry…and sometimes they made me cry too. Some I deleted, some I put through. Some I turned into posts called Comments on Comments and responded.

When the war was over and Elie was back home, a few weeks went by and I noticed my blog was back to its normal daily rates – nope, not 10,000+ a day, but just fine for me. I was back with my friends, back to normal. And I was happy.

A few weeks ago, Israel was again being shelled by hundreds of rockets – sometimes in a single day, certainly within each week. We moved to the edges of war – Israel and our sons, my son. Our air force flew into action hitting over 1,500 important MILITARY targets that needed to be taken out. Elie was there – again and I balanced my fears with work, blogging, and worrying about Elie’s wife (who was amazing and comforting and worrying about me).

Once again, my blog stats showed a surge – not to the level of tens of thousands but still, a really hefty increase per day. I got a few nasty comments, not nearly as many as last time and not nearly as vicious.

And then the cease-fire was declared and Elie came home…for a while, I would hear a sound and stop to listen to see if it was a siren; I would check the news to see if a rocket had been fired. Friends in the south told me how their children were having a hard time getting back to school. They were afraid.

I’ve stopped hearing sirens in my head; stopped thinking that a revved up motorcycle is the beginning of a siren. I’ve stopped checking some news sites; check others less often. And my blog stats have gone down – still above normal, but a nice above normal.

We’re settling back to the flat of the roller coaster – Israel and I, settling back to quiet. I don’t know how long it will last; you can go crazy if you even attempt to calculate it. Oh, I’m sure there will be more rockets (hey, there was even one on Sunday that was fired, but it fell short and was mostly ignored with the hope that it was nothing more than one idiot with a missile and a match…do you use a match to launch a missile…probably not). I have little doubt that there will be another war with Gaza, maybe even one with Lebanon. With the upheaval in Syria – at some point they are going to realize attacking Israel might save them and then, again, we might be facing war.

But that’s tomorrow, next week, next month. God willing, at least next year or the year after that and if we are very lucky, maybe it will be another four years or five. Maybe, please God, it will be long enough for Davidi to go into the army…and out…before the next one.

So for now, I’ll rejoice in being where we are because I’ve decided my favorite place in the WHOLE world…is that flat of the roller coaster. You can believe, you really can, that it’s okay. That this time, you’re near the end of the ride and you can finally coast. Just relax – life is good. No sudden falls ahead…just flat, safe, calm. 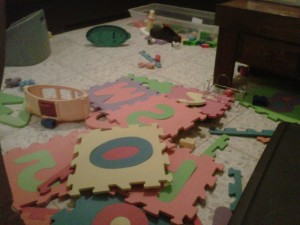 My grandson was here for a few hours. He gives kisses now and says so many words. He’s back with his parents – my living room floor is full of toys; the coffee table pushed to block the entrance. The chair where I fed him a yogurt still faces the couch where I was sitting.

The window of our bomb shelter remains firmly sealed – but it’s winter and we don’t use the room very often for more than storage and shelves, so I’m not really sure that the closed window is a reaction to anything more than the cold weather and laziness.

And most important of all, for a month now, our children in the south have been going to school and coming home and playing outside. They are slowly learning not to listen for the alarm; not to calculate where to run.

May God forever bless us with these messy floors and children who never listen for the siren, never look where to hide. May the path ahead be calm, flat….quiet.

6 Comments on Settling Back to Quiet