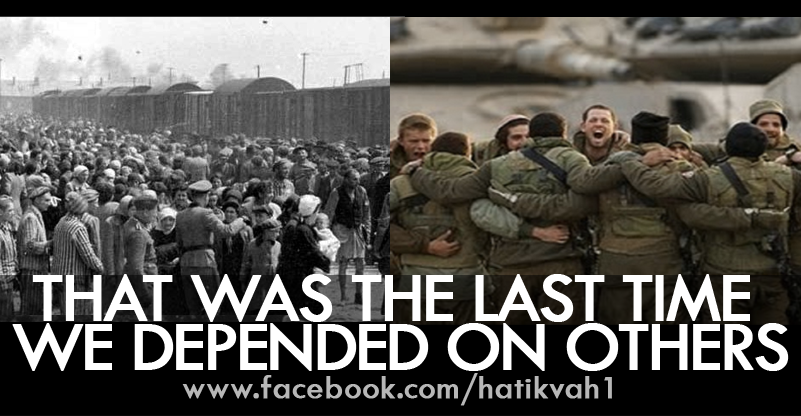 And these were my thoughts. This is the message of Israel – yes, that WAS the last time we depended on others to defend ourselves and our brothers.

We will stand for the Jews of Poland and Germany, Hungary and France. In each country and around the world where a Jew has been murdered simply for being a Jew – for these Jews we will stand.

We will stand…tomorrow morning at 10:00 a.m. for a moment of silence, remembering those we could not defend.

May God bless the memories of over 6 million Jews murdered by the Nazis, by the silence of their neighbors, by the apathy of the world and may God bless the soldiers of the Israel Defense Forces, who stand for us every day, in the skies, on the seas, on our borders and in our cities. Everywhere, we stand with them, as they stand for us, in front of us.